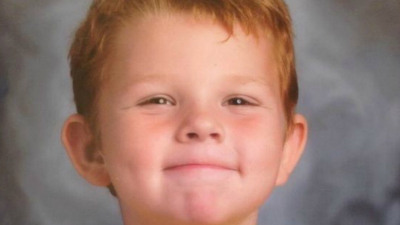 A gruesome discovery ended four days of search for a missing 5-year-old Virginia boy, after his body was found inside a septic tank near his home Thursday.

Authorities said the body of Noah Thomas was found in a septic tank, although police did not say whether the boy had fallen into the tank or if someone killed him.

Noah was reported missing since Sunday by his mother. He was last seen at the family’s home in Dublin.

Pulaski Country Sheriff Jim Davis said the police had received more than 100 tips from around the country since he was reported missing last Sunday.

Details about the discovery of the boy’s body in a septic tank were sketchy. No arrests have been made.

A statement written by Davis said the investigation will be focused only on facts and physical evidence.

“Speculation and rumors will do nothing but hurt this investigation,” Assistant County Administrator Anthony Akers said in a Friday morning news conference.

At this point, no one is in custody. Police tape did not say “crime scene.” Currently, officials are calling this case a death investigation, not a criminal one.

The cause of death has not been determined. A medical examiner will perform an autopsy.