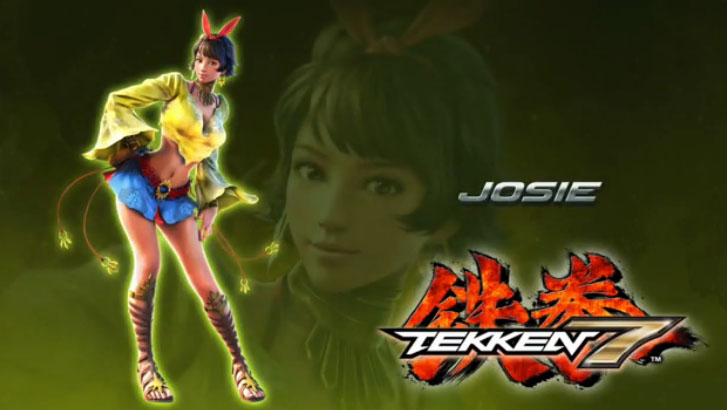 Some expressed excitement for the inclusion of a Filipino character into the new Tekken 7 video game. Others felt slighted by the fact that the character Josie Rizal, one of the three new characters in the Tekken game, is actually a girl.

Josie Rizal is the first Filipina character to be included in the roster of fighters for Tekken 7, GameSpot reported, joining two new other characters Jin Kazama and Devil Jin.

The Filipina character, portrayed as a crying baby because she cries after every tournament, uses a kickboxing fighting style. She is also skilled in eskrima.

It was Tekken executive producer and game director Katsuhiro Harada who revealed the threen new characters for Tekken 7 during a 20th.

Many Filipinos trooped to the social media to express their sentiments on the inclusion of a Filipina character in the popular Tekken game.

But others were asking if Josie Rizal, which clearly took the name of Philippine national hero Jose Rizal, was an appropriate character.

Mark Julio, a Filipino who helped shape the character and her name, admitted that Josie is a tribute to Jose Rizal, the Philippine national hero.

“But why make a female character out of the national hero? Is this not a mockery of the Rizalistas and the entire Filipino nation in general?” one Facebook user asked, in reaction to the news.

Another asked: Did the creator of the Josie Rizal character even asked the National Historical Commission for permission to use the name of the national hero in the game? – BusinessNewsAsia.com