Greenheart CBD has partnered with Paradigm Sports to sponsor three MMA fighters: Bellator fighters Jornel Lugo and James Gallagher, and UFC fighter Walker Johnny da Silva Barra Souza. This partnership was formed when the fighters, whose interests were piqued by the company’s cryptocurrency ecosystem, reached out. 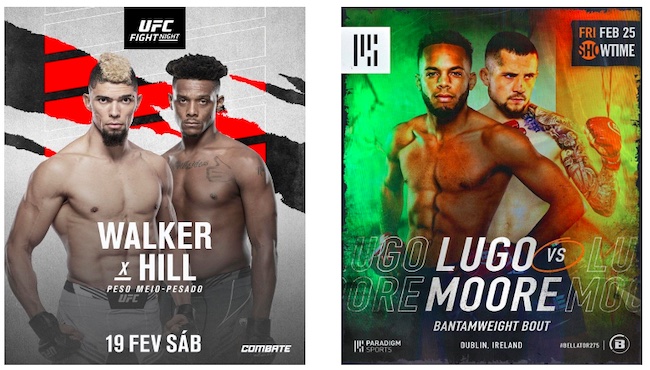 James Gallagher, also known as The Strabanimal, is a 25-year-old bantamweight fighter from Northern Ireland. ESPN ranked James in the top 10 best fighters in the world under 25 (es.pn/3zVlODK). Gallagher is a force to be reckoned with, headlining multiple Bellator events.

Walker Johnny da Silva Barra Souza, best known as Johnny Walker, is a 29-year-old light heavyweight fighter from Brazil. Walker is currently #10 in the UFC Light Heavyweight rankings, and has made a name for himself in the UFC circle with his impressive MMA record and exciting style.

Jornel Lugo, also known as A1, is a 26-year-old bantamweight fighter from Miami, Florida, USA. His foundation style is influenced by Brazilian Jiu Jitsu and he currently boasts a nine-fight win streak. Lugo is a fighter to keep watching, as they continue to knock down the competition with ease.

These three letter combinations are synonymous with operating at peak condition. CBD, or cannabidiol, is a non-psychoactive ingredient of cannabis that has the potential to help with rest and recovery. This is key for active individuals, and particularly MMA fighters who push their bodies to the extreme.

GreenHeart CBD Ltd, an Irish company started by two childhood friends, Mark Canavan and Paul Walsh, is innovating to improve the entire CBD production process. Creating their ecosystem using DeFi blockchain and artificial intelligence, they are working towards full traceability and transparency for their products.