Plato Technologies Inc. (Plato) announced today that it has passed the 10 millionth visitor mark on its Open Beta. “This represents a significant milestone for the company, and we want to thank everyone involved in this project for their contribution over the course of the last three years of bootstrapping,” said Bryan Feinberg, Plato CEO. 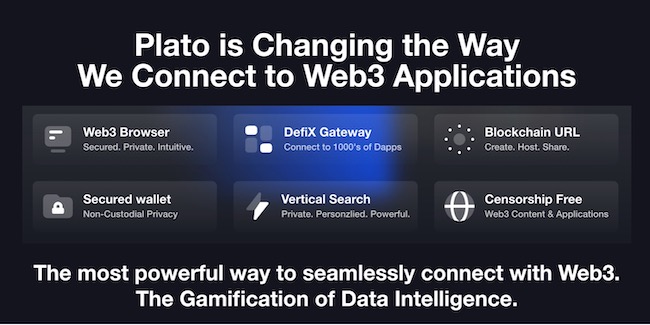 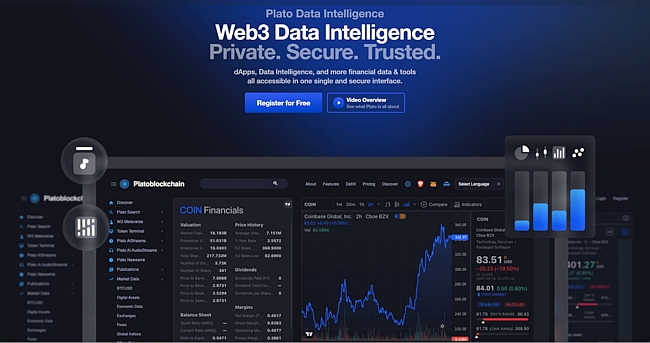 Plato was built as a response to the security vulnerabilities that became prevalent across the ICO boom of 2016-17, as an ultra-secure environment to consume sector specific intelligence with a zero ads model. The company that has been operating in semi-stealth mode for the past 3 years is presenting this week at Quantum Miami (QuantumMiami.com).

“We not only created an immersive data platform that is built to scale, but we figured out how to authentically engage across the sectors we cover, especially across Blockchain & Web3. We started by building an organized taxonomy of the blockchain industry, and once we cracked that we went after the entire innovation superhighway, which now consists of 27 market verticals that intersect with venture capital and private equity. We view ourselves as part of the fabric that is the foundation of Web3, especially when it comes to secured connectivity and trustless environments,” continued Feinberg.

“We learned so much from Beta, not only how to build Ai, but how to build a sustainable data ecosystem via a low-cost, high value product. We are strong believers in testing assumptions against the dynamics of real-world environments and this Open Beta was the perfect medium to battle test our frameworks. Web3 is going through a metamorphosis at present and the race is incorporating more Ai as it relates to driving more personalized and authentic engagements.”

Plato is an open intelligence repository and data platform that unlocks the power of Vertical Search in a highly scalable way. The platform is designed to provide an ultra-safe and secure environment to consume sector-specific real-time data intelligence across 27 market verticals and 27 languages.