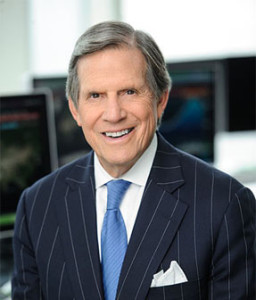 New York-based global financial information service provider Bloomberg LP announced plans to ramp up hiring of more news professionals in China this year as it seeks to localize operations in the country.

Bloomberg Chairman Peter Grauer said the privately owned company will hire more news professionals in China, with focus on those who can write about what is going on in the markets using the local language.

“We will also be in a position to translate stories from outside the country that are of interest to the local markets and the local economy as well,” he told China Daily, adding that the company was keen on sharing the results of the capital market development in China amid accelerating economic reforms.

Grauer, however, did not disclose how many new local talents Bloomberg will hire in China and the amount of its investments into the country.

The Bloomberg chairman said the company aims to become a window to what is going on within China, highlighting the countries importance in the global economy.

“Everybody wants to know what is going on in China, especially when the government has identified a new economic approach by pushing forward the systematic reforms.

“We want to provide information in such a manner that Bloomberg is seen as a window to what is going on within China and to highlight the nation’s growing importance in global economic activities,” said Grauer. – BusinessNewsAsia.com