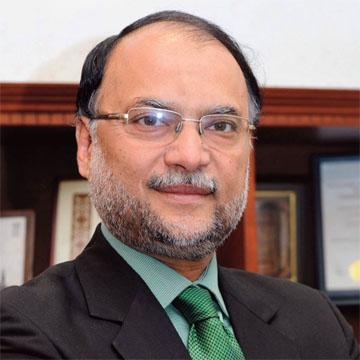 ISLAMABAD, PAKISTAN – China, the world’s second-largest economy, is set to sign deals worth USD50 billion with Pakistan under the China-Pakistan Economic Corridor (CPEC), the ministry of planning and development said.

The CPEC was originally estimated at about USD45 billion but the amount was revised to USD50 billion because of the addition of some projects and cost escalations, said Planning and Development Minister Ahsan Iqbal.

A major chunk of the CPEC will be China’s investment in independent power projects, which will take up about USD35 billion to USD37 billion of the total amount.

The remaining USD8 billion to USD9 billion will be Chinese concessional loans for infrastructure development like roads, ports and railways, the ministry said.

Iqbal said interest rate on the loans would be the lowest in the international market, although he stressed that the final terms and conditions remain to be agreed upon by both countries.

The deal is expected to be officially signed by Chinese President Xi Jinping when he visits Pakistan on April 20 to 21.

The Chinese president will perform the groundbreaking of about 10 projects. These include USD44 million cross-border fibre optic data communication system project between Khunjerab and Islamabad, digital terrestrial

The Pakistani government has assured China that it will deploy Special Forces to provide security to Chinese workers who will engage in various projects under the CPEC.

Iqbal stressed that the Pakistani government will have to do its part in ensuring that the Khunjerab-Gwardar route will be completed, otherwise China could choose some other route and cancel the USD50 billion agreement.

“It is Pakistan’s responsibility to complete the Khunjerab-Gwadar route at a pace that can supplement China’s economic priorities attached to the CPEC,” he said. “It is the shortest but not the only supply chain available to China.” – BusinessNewsAsia.com