DUBAI, UAE – Emirates Islamic, one of the leading Islamic financial institutions in the UAE, has been named the ‘Best Islamic Bank in the UAE’ at the 2015 World Finance Awards.

This marks the second time in the last three years that Emirates Islamic has won the coveted award, having previously received the same recognition in 2013.

The announcement comes after the bank, among the fastest growing in the UAE, reported impressive double digit growth for the third consecutive year for the period ended December 31, 2014 with a net profit of AED 364 million. 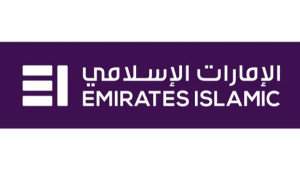 Commenting on the award, Jamal bin Ghalaita, CEO of Emirates Islamic stated, “It is a privilege to be recognized and honored by an esteemed international publication such as World Finance. Emirates Islamic has contributed significantly to raising the profile of Islamic banking in the UAE and a key component of our success over the last few years has been our pursuit of innovation. We have continuously strived to provide innovative Shari’a-compliant banking products & services and are committed to setting new benchmarks for the Islamic banking sector.”

Emirates Islamic is the first Islamic bank to launch a mobile app in the UAE. The bank also launched a Murabaha financing platform in partnership with NASDAQ-Dubai, widely seen as a major milestone in the development of Islamic banking.

“Islamic finance plays a crucial role in global economic stability in addition to being an engine of UAE’s economic growth. As Dubai moves forward in its ambition to be the capital of Islamic economy, Emirates Islamic sees itself playing a larger role in creating sustained market awareness and acceptance for Islamic banking,” Bin Ghalaita added.

The bank was recently awarded ‘Best Savings Account’ for its popular Kunooz Savings Account and ‘Best New SME Product’ for its Business Banking Packages at the Banker Middle East Product Awards 2015. It was also named ‘Best Domestic Retail Bank’ at the Islamic Banking and Finance Awards.

The World Finance awards, now in their ninth year, are held annually by World Finance, a leading bi-monthly financial magazine published by World News Media in the United Kingdom.

The judging panel comprises senior financial and business journalists, supported by a research team as well as reader insight and experience to provide nominations to the judging panel. – BusinessNewsAsia.com