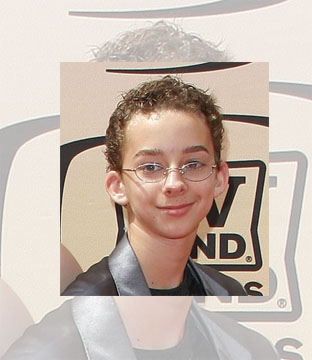 For the millions of fans who have been following the hit TV series “Everybody Loves Raymond”, this will come as a sad news. Sawyer Sweeten, who played the character of Geoffrey Barone from 1996 to 2005, died of an apparent suicide, authorities said.

The actor passed away last 12 April and was believed to have committed suicide although his family has requested privacy at this moment of their grief.

“This morning a terrible family tragedy has occurred. We are devastated to report that our beloved brother, son, and friend, Sawyer Sweeten, took his own life. He was weeks away from his 20th birthday. At this sensitive time, our family requests privacy and we beg of you to reach out to the ones you love,” said Sawyer’s sister Madylin.

She also took to Facebook to express her thoughts and posted: “At this time I would like to encourage everyone to reach out to the ones you love. Let them have no doubt of what they mean to you.”

While the family did not disclose details about Sawyer’s death, source said the teen star died after shooting himself on the front porch while he was paying his family a visit in Texas last Thursday, 23 April.

The late actor was only 16 months old when he first started on the CBS show. He acted alongside Ray Romano, Patricia Heaton, Brad Garrett, Doris Roberts, Peter Boyle and Monica Horan.

“I’m shocked, and terribly saddened, by the news about Sawyer. He was a wonderful and sweet kid to be around. Just a great energy whenever he was there. My heart breaks for him, his family, and his friends during this very difficult time,” Romano said.

Ray’s wife, Patricia Heaton, who played the role of the twins’ mother on “Everybody Loves Raymond,” also tweeted: “Sawyer Sweeten was a funny and exceptionally bright young man. He is gone from us far too soon … The entire cast of #EverybodyLovesRaymond is in shock. Prayers for the Sweeten family.”

While on “Everybody Loves Raymond,” Sweeten’s twin brother Sullivanand his sister Madylin played his on-screen siblings who took on the role of Michael and Ally Barone, respectively. They acted alongside each other for a total of 139 episodes.

Sawyer Sweeten, last appeared in public in 2010 at the TV Land Awards. – BusinessNewsAsia.com