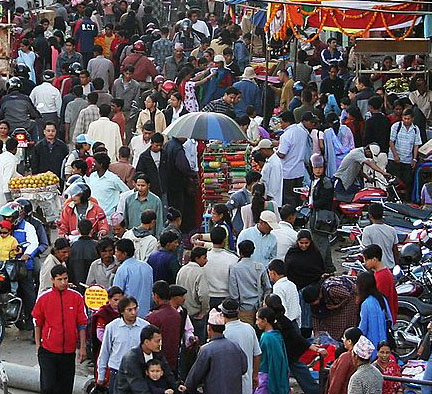 NEPAL – Rescuers race against time to save those who are still trapped underneath rubble of collapsed buildings in Kathamandu following a devastating 7.9 magnitude earthquake that rocked Nepal Saturday.

Health and disaster officials have not released an official count of fatalities but sources said the death toll has already passed 700 and reports of fatalities in other parts of the Himalayan nation continue to pour in.

It was the biggest earthquake to strike Nepal in over 80 years, hitting the very populous Kathmandu valley, AlJazeera reported.

The earthquake’s epicentre was 80 kilometres northwest of Kathmandu, but the ground also shook in several cities across northern India, and was felt as far away as Lahore in Pakistan and Lhasa in Tibet, 550 kilometres east of Kathmandu.

The quake was so strong that it triggered a deadly avalance on Mount Everest. Initial report said eight bodies have been recovered from an are that includes the Everest Base Camp.

Given the scale of the destruction, the death toll is almost certain to rise, said Home Ministry official Laxmi Dhakal.

“Hundreds of people are feared dead and there are reports of widespread damage to property. The devastation is not confined to some areas of Nepal. Almost the entire country has been hit,” said Krishna Prasad Dhakal, deputy chief of mission at Nepal’s Embassy in New Delhi.

India and Israel are reportedly sending a team of rescuers to aid in the search and rescue mission as local rescuers race against darkness to look for signs of lives in rubble. – BusinessNewsAsia.com