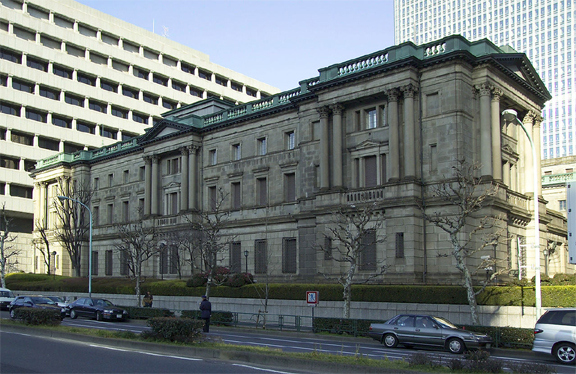 TOKYO – Japan’s central bank the Bank of Japan (BOJ), has decided to hold off on expanding monetary stimulus during a board meeting in Tokyo on Thursday.

The BOJ board members decided to keep its plan to expand the monetary base at an JPY80 trillion (USD673 billion) annual pace after voting 8 1.

The lone opposition to the decision, board member Takahide Kiuchi, urged the BOJ to cut its purchases of government bonds and risky assets to JPY45 trillion annually instead of keeping the monetary base.

Later today, the BOJ is expected to present updated inflation and growth forecasts, followed by a press conference by BOJ Governor Haruhiko Kuroda.

The decision of BOJ to hold off expanding its monetary stimulus was predicted by economists surveyed by major financial publications.

It was in April 2013 that the BOJ launched a massive quantitative easing program as part of the series of policy measures unveiled by Prime Minister Shinzo Abe.

The yen strengthened after the decision, rising to JPY118.72 against the dollar from JPY118.90 an hour prior to the announcement.

The Nikkei 225, however, fell as much as 2 percent after the announcement. – BusinessNewsAsia.com