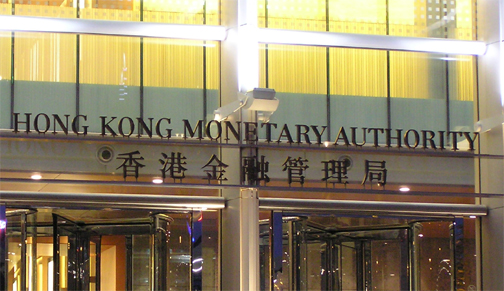 The KHMA data showed that total deposits with authorized institutions grew by 2.5 percent in March 2015.

With demand, savings and time deposits increasing, Hong Kong-dollar deposits went up by 6.8 percent during the month, the HKMA data showed.

Renminbi deposits in Hong Kong decreased by 2.2 percent to Rmb952.0 billion at the end of March. The total remittance of renminbi for cross-border trade settlement amounted to Rmb616.2 billion in March, compared with Rmb462.0 billion in February.

Total loans and advances grew by 3.6 percent in March, the HKMA said.

The loan growth in March 2015 was mainly driven by initial public offering (IPO) loans (around HK$200 billion) straddling the end of March.

Excluding IPO loans, the loan growth in March would have been 0.8 percent, the HKMA said.

In the first quarter of 2015, loans for use in Hong Kong (including trade finance) grew by 5.5 percent after declining by 0.7 percent in the previous quarter.

Analysed by economic use, the quarterly expansion in loans was mainly led by loans to stockbrokers, trade finance, and residential mortgage loans.