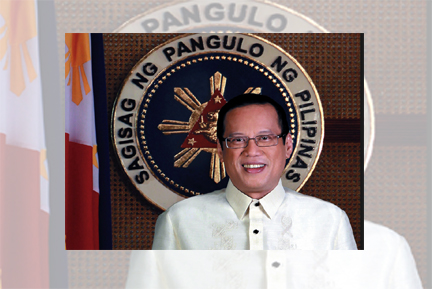 TOKYO – Philippine President Benigno Aquino III announced that his country is still studying the proposal to join the China-led Asian Infrastructure Investment Bank (AIIB) even as the country already signed a non-binding agreement to become the bank’s founding shareholder.

Aquino, who is in Japan for a state visit, told reporters that he wants to make sure that the China-led bank will not be affected by the ongoing conflicts between China and other Asian countries.

“We are studying the invitation to join the AIIB and we have to determine whether it is a net positive or not,” Aquino stressed.

Last October, the Philippines together with 20 other countries signed a non-binding agreement to become a founding shareholder of the regional bank.

The AIIB is expected to be formally established by the end of this year. It will have an authorized capital of USD100 billion, or about two-thirds the size of the Asian Development Bank (ADB).

Aquino’s statement appear to be biased for Tokyo considering that Japan, a major shareholder in the Asian Development Bank (ADB), has not decided to join the AIIB and has came up with its own USD100-billion plan to invest in roads, bridges, railways and other infrastructure projects in the region.

Earlier, Germany’s Ambassador to China, Michael Clauss, expressed optimism that the AIIB will follow the standards as that of other global financial institutions such as the World Bank and the International Monetary Fund.

Clauss said the AIIB will play its role well in fulfilling the region’s need for more infrastructure and investment. Germany was one of the first European nations to apply to join the AIIB as founding member. – BusinessNewsAsia.com

GalaxySpace Completes a New Financing Round with Legend Capital Re-upped