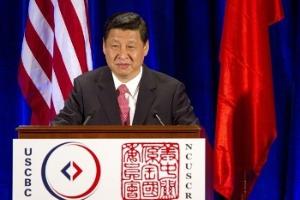 Mainland China experienced more net-capital outflow from January to June this year, even as the foreign-exchange settlement deficit went up. According a State Administration of Foreign Exchange statement on 23 July, China’s banks purchased foreign exchange worth Rmb5.31 trillion (USD855 billion) in the first six months of 2015 and sold Rmb5.96 trillion (USD960 billion) worth of forex, for a net sale of Rmb647.4 billion (USD104.25billion). The figure is comparable to the Rmb383.8 billion (USD61.80 billion) deficit in H2 of 2014.

Stocks in Mainland China increased for a sixth consecutive day for the longest stretch of gains of the benchmark index in almost three months. Volatility decreased due to more intervention by Beijing in aid of equities. The Shanghai Composite Index gained 2.4 percent to 4,123.92 points, with financial firms and material producers in the lead. About 531 firms are still under trading suspension in China’s bourses or 18 percent of overall listings. The measure has gone up by 18 percent since hitting bottom on 8 July as an indication of 10-day price swings declined to a 30-day low.

Urban Unemployment Down Slightly in June

The registered unemployment rate in the urban areas of mainland China was recorded at 4.04 percent when the month of June ended. It fell a bit from 4.05 percent registered in March. According to a statement that the Ministry of Human Resources and Social Security released on 24 July, 7.18 million new jobs were created in the country’s urban areas from January to June this year. Ministry spokesperson Li Zhong said during a press conference in Beijing that the central government seeks to create a minimum of 10 million new jobs before 2015 is over while keeping the urban jobless rate under 4.5 percent. – BusinessNewsAsia.com