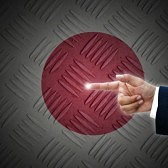 TOKYO – Major companies in Japan are planning to raise their domestic capital spending in fiscal 2015 ending next March by 13.9 percent, a surve conducted by the Development Bank of Japan showed.

The planned rise in capital spending will be the fourth straight year of increase in the country, whose economy continues to experience the ill-effects of last year’s sales tax hike.

According to the survey, major Japanese firms are particularly planning to increase spending for developing new and higher-functioning products in growth fields.

These include smartphone, aircraft, and materials and parts for fuel-efficient transportation.

Last year, total capital spending among major companies in Japan went up by 6.3%.

Some 16.4% of the companies that participated in the survey cited new product development and product sophistication as reasons for beefing up capital investment. – BusinessNewsAsia.com