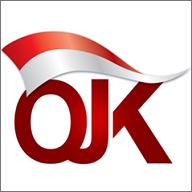 Indonesia’s Financial Services Authority (OJK) revealed that it was closely monitoring the country’s insurance industry, especially the industry’s exposure to bonds and stocks.

Authority head Muliaman Hadad told Reuters that the OJK is already communicating intensively with the industry as the country’s sovereign bond market and stock market have been under pressure, especially after China’s central bank devaluated the yuan twice this week.

The OJK is anticipating further pressures ahead, Hadad said.

While the financial authority is on alert as it monitors the insurance industry, Hadad told Reuters there is no need to panic.

After devaluing the local currency twice this week, People’s Bank of China (PBOC) assured the global financial markets there is no basis for a further depreciation in the Chinese currency

The PBOC cited China’s sustained trade surplus, sound fiscal position and deep forex reserves in assuring that there will be no further depreciation.

This week, China weakened its yuan by the most in two decades, catching the global markets by surprise.

And while the central bank earlier said that the move was a one-off depreciation, one economist was quoted by Bloomberg as saying that the country risks triggering currency wars. – BusinessNewsAsia.com