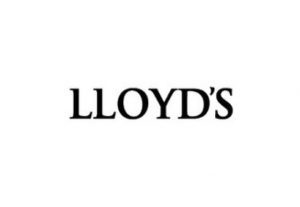 Four major cities in Southeast Asia have ranked in the top 10 among the global economies that are at risk from a series of threats over the next decade, according to new research launched today by Lloyd’s, the specialist insurance market.

The Lloyd’s City Risk Index 2015-2025 presents the first ever analysis of economic output at risk (GDP@Risk) in 301 major cities across the world from 18 man-made and natural threats over a ten-year period.

Based on original research by the Cambridge Centre for Risk Studies at the University of Cambridge Judge Business School, the Index finds that a total of US$4.6 trillion of projected GDP is at risk from manmade and natural disasters in these cities around the world.

In South East Asia, researchers estimate 17.7% of the average annual GDP of US$1.69 trillion generated by the top cities in Cambodia, Indonesia, Malaysia, Myanmar, Philippines, Singapore, Thailand and Vietnam is at risk in the coming decade, and according to the Index, the greatest threat for the 15 cities analysed is from wind storm (US$68.29bn), followed by market crash (US$60.8bn), human pandemic (US$30.74bn), earthquake (US$30.06bn), and flood (US$22.48bn).

Of the 18 risks assessed, Bangkok, Jakarta, Manila and Singapore all have at least two risks which rank within the top 10 globally. Bangkok ranks 6th globally for market crash and 4th for plant epidemic. Jakarta ranks 3rd for both tsunami and drought, and 5th for volcano, sovereign default, terrorism, and plant epidemic.

Many of the natural threats are unsurprising given the region’s geography and location on active fault lines and its exposure to wind storms, however underinsurance still remains a key issue within the region and the findings show the need for governments and businesses to work together to build more resilient infrastructure and institutions. – BusinessNewsAsia.com