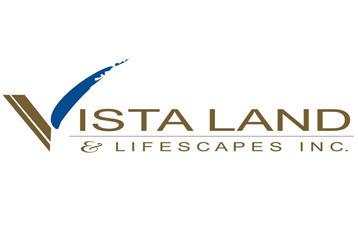 PHILIPPINES – Vista Land & Lifescapes, Inc. (PSE:VLL)’s stock closed lower in today’s trading session at the Philippine Stock Exchange even as the company announced a Php40-billion expansion of its flagship project in Iloilo City.

Before the opening bell, the Manny Villar-led Vista Land & Lifescapes, Inc. has informed the PSE that it is expanding its residential project in Iloilo to transform it into a COMMUNICITY, which will be known as Vista City Iloilo – the flagship development
in the whole of Visayas that will have malls, hotels, office buildings for the business process outsourcing (BPO) industry and hospitals.

Committed to providing Filipino families not just mere residences but upgraded lifestyle, Vista Land – the largest homebuilder in the country – is integrating into its communicities everything the Filipino and his family needs.

Communicities are innovative masterplanned city developments designed to be completely selfcontained, with vast properties that offer facilities, amenities, community structures and commercial establishments closer to a city than a mere residential village.
The project value of Vista City Iloilo is estimated at P40 billion.

Vista City Iloilo, which will cover about 500 hectares, is strategically spread over Oton, Pavia and San Miguel on Panay Island. It is close to the University of the Philippines Visayas, Central Philippine University, University of San Agustin, and West Visayas University; as well as the Western Visayas Medical Center and The Medical City Iloilo.

Iloilo, which is hosting this year’s conferences of the Asia Pacific Economic Cooperation, has recently attracted major players in the real estate industry, which are undertaking residential and commercial projects to take advantage of the growing domestic economy.

Bordered by the province of Antique in the west and Capiz in the north, Iloilo City has become the regional capital and the economic hub of Western Visayas.

Vista Land, which has the widest geographical reach in the real estate industry, has established its presence in Iloilo since September 2000 when it opened Savannah Glades.

The project’s two main residential components are Savannah and Lumina.

The project, which is celebrating its 15th anniversary, now has seven residential enclaves covering more than 300 hectares. –BusinessNewsAsia.com