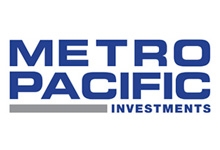 In a disclosure to the Philippine Stock Exchange (PSE), Metro Pacific Investments (PSE:MPI), said the acquisition comprises 24.95 percent of the outstanding capital stock of Indra Philippines.

Indra Phils. is a subsidiary of Indra Sistemas, S.A., which has international knowledge, experience and track record in the information technology business.

Indra Phils., which has been operating in the Philippines for the past 18 years, is one of the leading provider of information technology solutions to various businesses and industries in the Philippines, with engagements in utilities and telecommunications, financial services and public administration.

Indra has worked on a number of large systems projects for various MPIC portfolio companies. MPIC is now seeking to further commercialize the expertise developed as part of these projects.

“This will be a modest investment for MPIC expected to yield strong returns serving business and Government sectors that MPIC is already familiar with. Economic benefits are expected to accrue to MPIC as a shareholder of Indra Phils. as Indra Phils. expands its business in the Philippines and in South East Asia,” the company disclosed.

MPIC, Meralco, Indra Sistemas S.A. and Indra Phils. also entered into a Shareholders’ Agreement that will govern their relationship with respect to the management and operation of Indra Phils.

Metro Pacific Investments Corporation (MPI) was incorporated on March 20, 2006 as a holding company for investments in water utilities, toll roads, electricity distribution, healthcare services and light rail. MPI is 55.8%-owned by Metro Pacific Holdings, Inc (MPHI) as of December 31, 2014. MPHI’s economic interest in MPI was reduced to 52.1% from 55.8% as at February 26, 2015 as a result of an overnight placement on February 9, 2015. – BusinessNewsAsia.com