This is inclusive of the PHP7.4 billion one-time trading gains on marketable securities booked in the first quarter of the year. 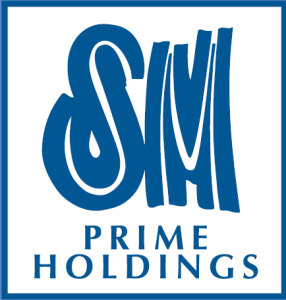 Consolidated revenues rose 9 percent to PHP52.2 billion in the first nine months. In the third quarter, revenues likewise increased 13% to PHP16.2 billion, much higher than the 8 percent growth posted in the first half of 2015.

“SM Prime’s expansion across all its various business portfolios since 2013 has driven its strong financial performance this year. We expect SM Prime’s growth to be sustained as we continue to increase our mall footprint by 13% this year. We are excited to launch SM Seaside Cebu later this year, a landmark project in the Visayas region. We see Metro Cebu as one of our important growth corridors following our growth track in Metro Manila,” SM Prime President Hans T. Sy said.

Rental revenues from retail and commercial spaces, which contributed 56 percent to the consolidated revenues, increased by 11 percent to PHP29.4 billion from PHP26.4 billion in the first nine months of 2015.

The growth in rental revenues was mainly driven by rising contribution from the new malls and the expansion of shopping spaces in existing malls in 2013 and 2014. These include SM Aura Premier, SM City BF Parañaque, Mega Fashion Hall in SM Megamall, SM City Cauayan, SM Center Angono and the expansion of SM City Bacolod with a total gross floor area of 652,000 square meters. Rental growth also came from the opening of the FiveE-comCenter, with a GFA of almost 130,000 sqm at Mall of Asia Complex with 97% of the space leased awarded.

On the other hand, SM Prime’s real estate sales, which accounts for 32% of the consolidated revenues, grew by 4% to PHP16.6 billion from PHP 16.0 billion in the same period last year.

Consolidated costs on real estate dropped by 1% to PHP9.0 billion mainly due to the improving cost efficiencies, tighter monitoring and control of construction costs. This reflected higher gross profit margin on real estate sales to 46% in first nine months 2015 from 43% in 2014. Net income margin likewise rose to 22% from 20% in the same period.

The housing group’s reservation sales was up by 19% year-on-year to 10,297 units in the first nine months of 2015 reflecting a 22% increase in value worth PHP28.4 billion from PHP23.3 billion in the same period last year. Reservation sales were largely generated from Shore 2 Residences, Shore Residences, Air Residences, Fame Residences and Grace Residences in Pasay, Makati, Mandaluyong and Taguig City, respectively.

Meanwhile, cinema and event ticket sales, which accounted for 6.5% of consolidated revenues, registered a growth of 4% in the first nine months to PHP3.4 billion.

Other revenues, composed of amusement income from rides, bowling and ice skating operations, merchandise sales from snack-bars and sale of food and beverages in hotels stood at PHP2.8 billion, up 30% from PHP2.1 billion. – BusinessNewsAsia.com