SUNTEC, SINGAPORE – Cloud Expo Asia and Data Centre World 2015 held on to its reputation as Asia’s leading technology event for industry visionaries and business leaders after it attracted over 11,000 delegates during the two day-event.

According to CloserStill Media, which co-organized the event together with the Infocomm Development Authority of Singapore (IDA), over 11,000 international delegates packed the two-day Cloud Expo Asia and Data Centre World held at Singapore’s Suntec Convention Centre on 28-29 October. 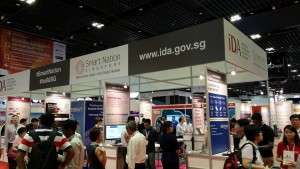 In its third year in the Asian market, the event brought together an enviable line-up of 300 world-class speakers and a cutting-edge community of over 250 market-leading brands.

“We have seen another fantastically successful year at Cloud Expo Asia and Data Centre World, attracting record-breaking numbers of visitors and industry-leading support from partners and exhibitors. It is clear that the event will continue to establish itself as an unmissable gathering for an exciting market experiencing exponential growth,” said Andy Kiwanuka, Group Event Director at CloserStill Media.

Among the highlights of the event included a keynote address from healthcare tech guru Dr Lee Yong Low. Low discussed cloud adoption in the healthcare sector and its role in establishing greater transparency and accountability in the industry, as well as its influence in empowering patients to demand deeper involvement in their personal care. 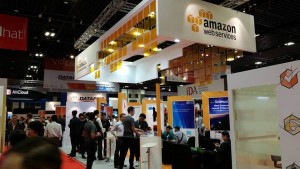 The second day also included packed sessions in the new for 2015 Smart IoT Theatre. Sponsored by Amazon Web Services, the conference featured an expert line-up of speakers who discussed the growing Internet of Things revolution and harnessing the value of big data and analytics.

A session led by Manik Saha, CIO at SAP Asia Pacific, highlighted the importance of agility, resilience and simplicity in pushing for further innovation in the digital age.

Exhibitors at Data Centre World included leading regional and international brands such as Munters, Huawei, Siemens, Caterpillar and many others, all sharing their expertise on a range of challenging topics including green IT, engineering risks, DCIM and power.

“We’ve had a great show with a lot of enquiries. We want to meet with professionals from government bodies, education and not-for-profit organisations and are happy with the relationships we have enhanced at this event. For visitors the keynote line-up is very interesting, with a wide-range of topics and an international group of speakers from various disciplines. We will definitely be returning next year,” said Amazon Web Services Head of Marketing (Public Sector) Humi Yoshikawa,

Having outsold space at the Suntec Centre for next year’s event, Cloud Expo Asia and Data Centre World 2016 will move to the Sands Expo and Convention Centre at Singapore’s Marina Bay Sands Hotel on 12th and 13th October 2016.

“This is my first year at Cloud Expo Asia, and I am happy to have discovered it. It’s been very useful to network and also see what new products are available – it has really opened my mind to some innovative technologies. The conference is informative and provides good pointers on best practice – I’ll be back next year,” Kevin Nair, CEO and Founder of Servecomp said after the two-day event.

Cloud Expo Asia and Data Centre World 2015 was co-organized by CloserStill Media, which specialises in professional events chiefly in the healthcare and technology markets. Its portfolio includes some of UK’s fastest-growing and award winning events including The Pharmacy Show, The London Vet Show, The Dentistry Show and as well as Cloud Expo Europe. Cloud Expo Asia is CloserStill Media’s first venture into Asia Pacific as it starts to develop its footprint in the region.– BusinessNewsAsia.com

Heartland and Ravago Develop Products to Reduce the Carbon Footprint of...