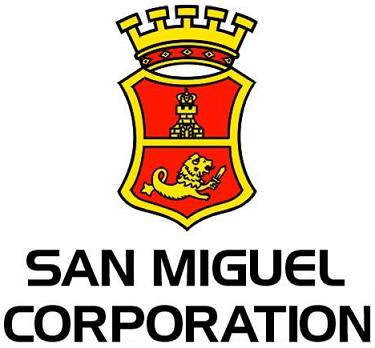 In a disclosure to the Philippine Stock Exchange, San Miguel Corporation said its consolidated net income grew 7 percent to Php26.8 billion without the effects of mostly unrealized forex losses.

San Miguel Brewery Inc’s consolidated sales revenue rose 4 percent to Php58.8 billion, on the back of sustained growth in its domestic operations.

September year-to-date operating income was up 4 percent to Php4.5 billion while net income grew 7 percent over the same period last year to Php2.9 billion, boosted by an 11 percent growth in Q3.

San Miguel Yamamura Packaging Group grew its revenue 5% to Php18.2 billion, buoyed by a 27 percent growth in its glass business and strong contributions from its Australian operations.

SMC Global Power offtake volumes declined 5 percent to 12,345GWh from January to September due to lower bilateral volumes resulting from the scheduled maintenance outage of the Malampaya gas facilities and annual maintenance of the Ilijan and Sual power plants, coupled with gas supply restrictions at the Ilijan power plant.

Consolidated revenues for the power generation unit was at Php59 billion while operating income ended at Php19.3 billion for the period.

Both domestic and Malaysian operations delivered strong volumes with a 14 percent improvement in consolidated sales volume to 73.6 million barrels.

San Miguel Holdings Corp delivered Php9 billion in revenues and Php5.1 billion in operating income following the consolidation of the Skyway 1 and 2 and the SLEX in March 2015.

The company said that ongoing projects such as the NAIA Expressway and Skyway Stage 3 are set for completion in 2016 and 2017, respectively. Meanwhile, completion of the 1,900 x 45 meters runway of the Boracay Airport, capable of handling A321 and B737-900ER aircraft, is expected by year-end. – BusinessNewsAsia.com