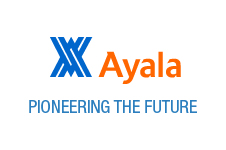 MANILA, Philippines – The sustained earnings momentum of its telecommunications, real estate and banking units, including capital gains realized in the third quarter, drove Ayala Corporation (PSE:AC)’s net earnings in the first nine months of the year to Php17.7 billion, 26 percent higher than a year ago.

Excluding the capital gains primarily from the partial sale of AC Energy’s stake in North Luzon Renewable Energy Corporation this year and the divestment of Stream Global Services in the previous year, Ayala’s nine-month earnings recorded robust growth of 23 percent from a year ago.

This solid performance was underpinned by the strong double-digit growth in equity earnings contribution from Ayala’s business units, which reached Php21.4 billion, 14 percent higher than its year-ago level.

The strong performance of its commercial leasing segment supported Ayala Land’s continued buildup of its recurring income business which contributed 46 percent of its net income during the period.