The world will soon see the largest hotel chain ever after Marriott International Inc announced that it will acquire Starwood Hotels & Resorts Worldwide, the owner of Sheraton, for USD12.2 billion.

The transaction combines Starwood’s leading lifestyle brands and international footprint with Marriott’s strong presence in the luxury and select-service tiers, as well as the convention and resort segment, creating a more comprehensive portfolio.

When the deal is done in mid-2016, Marriott will own or franchise more than 5,500 hotels with 1.1 million rooms worldwide, Reuters has reported. That will give Marriott a much wide presence in markets outside the US.

Starwood had been on sale since April, having reached out to InterContinental Hotels Group, Wyndham Worldwide Corp and sovereign wealth funds for a possible deal.

In a statement, Marriott Chief Executive Arne Sorenson, who will head the combined company, said: “This greater scale should offer a wider choice of brands to consumers, improve economics to owners and franchisees and increase unit growth”.

Marriott International Inc (NASDAQ:MAR)’s stock is down 0.60 percent in pre-market trading to USD72.30 a share.

Under the terms of the agreement, at closing, Starwood shareholders will receive 0.92 shares of Marriott International, Inc. Class A common stock and $2.00 in cash for each share of Starwood common stock.

On a pro forma basis, Starwood shareholders would own approximately 37 percent of the combined company’s common stock after completion of the merger using fully diluted share counts as of September 30, 2015.

Total consideration to be paid by Marriott totals $12.2 billion consisting of $11.9 billion of Marriott International stock, based on the 20-day VWAP (volume weighted average price) of Marriott stock ending on November 13, 2015, and $340 million of cash, based on approximately 170 million fully diluted Starwood shares outstanding at September 30, 2015.

Based on Marriott’s 20-day VWAP ending November 13, 2015, the merger transaction has a current value of $72.08 per Starwood share, including the $2 cash per share consideration. 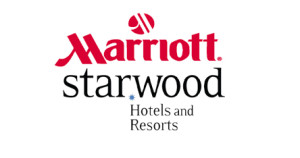 “We have competed with Starwood for decades and we have also admired them. I’m excited we will add great new hotels to our system and for the incredible opportunities for Starwood and Marriott associates. I’m delighted to welcome Starwood to the Marriott family,” said J.W. Marriott, Jr., Executive Chairman and Chairman of the Board of Marriott International.

The transaction is subject to Marriott International and Starwood Hotels & Resorts Worldwide shareholder approvals, completion of Starwood’s planned disposition of its timeshare business, regulatory approvals and the satisfaction of other customary closing conditions. Assuming receipt of the necessary approvals, the parties expect the transaction to close in mid-2016. – BusinessNewsAsia.com