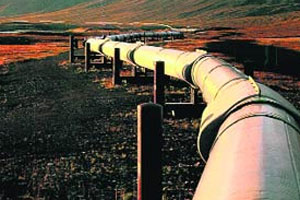 The sanctions that were laid down by the U.S. and the EU regarding Russia’s oil and gas sector gave Russia no choice but to turn its exports to China. However, with the slowdown that China is experiencing, Russia is now looking at India to offset potential losses.

Last year, Russia and China inked a deal that involved the construction of two pipelines that would effectively transport the former’s gas exports to the latter. The first pipeline is “located in East Siberia called the Power of Siberia,” while the other is in West Siberia called the Altai pipeline. The Altai pipeline, however, has been suspended due to China’s decline, leaving India as the greatest potential gas market for the Russians.

India’s imports of gas from Russia were merely 1% up until December of last year. At the Annual India-Russia summit, both the Indian Prime Minister Narendra Modi and Russian President Vladimir Putin signed a bilateral agreement that involved an “enhanced co-operation in oil and gas sphere,” meaning joint oil and gas explorations.

China’s stock market crash, which led to its slowdown, means that Russia will have to be very careful with its investments. Last year, China was only able to invest $1.6 billion into Russia, while the latter invested a staggering $151.5 billion in China. 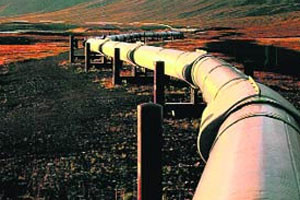 Despite the current surplus of natural gas, experts are saying that oil is still becoming scarcer by the minute. The surplus, after all, happened due to the fact that there aren’t a lot of storage units to store them. Of course, the most obvious way to counter this is for companies to rely on renewable resources, which are now being done by firms that used to fully depend on oil. Engineering giant Sulzer, a partner of the recently-added IBBC member Unaoil, is now widening its efforts to help companies all over the world with their transition from crude oil to renewables. India, which is predicted to grow bigger than China next year, relies hugely on internal gas consumption.

The Russians have begun their investments into India’s oil and gas industry. According to reports, Rosneft and Essar Oil Limited have signed a non-binding, mulit-million dollar deal on July 8th. – BusinessNewsAsia.com