Documents released in Tokyo showed that the USD1.1-trillion Japanese asset manager saw the value of its holdings declined by JPY7.9 trillion in the second quarter of this year.

The loss was the Japanese asset manager’s first since it doubled its allocation to stocks and reduced debt last October.

The latest documents showed that GPIF lost JPY8 trillion on its domestic and foreign equities and JPY241 billion on overseas debt.

As of the end of September, domestic bonds continue have the largest allocation of GPIF’s funds, with 38.95 percent. Domestic equities and international bonds took up 21.35 percent and 13.60 percent, respectively.

International equities and short-term assets make up 21.64 percent and 4.46 percent of GPIF’s allocation of reserve funds. 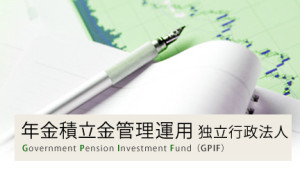 he JPY7.9 trillion loss in the second quarter brings down the total assets of GPIF to JPY135.11 trillion, data released by the fund showed.

Rate of return also plunged to -5.59 percent in the second quarter, from 1.92 returns in the previous quarter, giving GPIF a -3.78 return so far this year. – BusinessNewsAsia.com