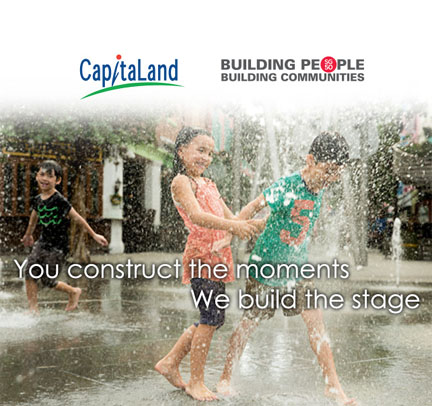 CapitaLand, one of Asia’s largest real estate companies headquartered and listed in Singapore, posted a total PATMI of S$1.07 billion in fiscal 2015, underpinned by the recurring income from its portfolio of investment properties and contribution from development projects in China.

In a disclosure to the Singapore Stock Exchange, CapitaLand said its PATMI in FY 2015 was 8.2 percent lower than the FY 2014 PATMI of S$1.16 billion, which was boosted by a one-off gain of S$123.5 million from the sale of Westgate Tower.

CapitaLand’s Operating PATMI of S$823.6 million last year was 16.8 percent higher than in 2014, primarily due to higher recurring income from the shopping mall and serviced residence businesses as well as gains on the change in use of development properties for sale to investment properties.

Operating PATMI accounted for 77 percent of total PATMI in FY 2015, reflecting the strength of the Group’s underlying business.

The higher revenue from China was attributable to the higher number of residential units handed over and consolidation of CapitaLand Township’s revenue with effect from March 2015.

“The past few year saw challenging conditions in Asia across various asset classes. Against this backdrop, CapitaLand’s resilient business model and cross-segmental competencies have once again enabled us to deliver a set of sound results for the financial year,” said CapitaLand Group chairman Ng Kee Choe.

Ng also announced that CapitaLand’s Board has proposed a dividend of 9 Singapore cents a share for FY 2015.

Last year, the group achieved record sales of 9,402 residential units in China, with a sales value of Rmb15.4 billion or approximately S$3.4 billion.

The group achieved higher sales across all regions and significant contributors were The Paragon and Lotus Mansion in Shanghai, Dolce Vita in Guangzhou, Riverfront in Hangzhou, The Metropolis in Kunshan, One iPark in Shenzhen, Century Park in Chengdu and La Botanica in Xian.

In Vietnam, CapitaLand sold 1,321 residential units with a sales value of S$226.6 million.

“CapitaLand remains focused on growth in our core markets of Singapore and China. For longer term diversification and balance, we will continue to expand in growth markets such as Vietnam and Indonesia,” said CapitaLand Limited president and group CEO Lim Ming Yan. – BusinessNewsAsia.com