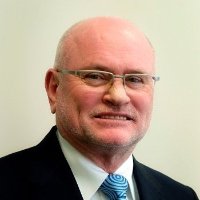 In a disclosure to the Australian Securities Exchange, Norwest Energy said Munachen has resigned on 24 March. John Annand will continue in his role as acting CEO until a permanent appointment is made.

Munachen became a director of Norwest Energy on 26 November 2003 and was appointed CEO on 3 December 2008.

A chartered accountant and a former partner in an international accounting practice, Munachen has considerable experience in the resource sector.

During his corporate career of more than 40 years, he served on the boards of companies such as Hill 50 Gold Mine, Victoria Petroleum, Pancontinental Oil and Gas, Sub Sahara Resources, Dragon Mining, and East Africa Resources.

“On behalf of the Board, management, shareholders and staff members, I would like to thank Peter for his enormous commitment and contribution to the company throughout his tenure,” said Norwest Energy’s chairman Michael Fry.

Munachen, meanwhile, said he was proud of may milestones reached during his time as CEO of Norwest Energy.

“Signing a $15 million deal with the major Indian Government company, Bharat Petroleum, is one of the most memorable and significant achivements. It enabled Norwest to drill Arrowsmith-2 and thus pioneer the exploration for shale gas in the northern Perth Basin. – BusinessNewsAsia.com