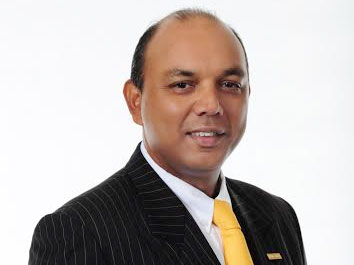 Manulife Indonesia has announced the appointment of Indren S. Naidoo as the new Chief Executive Officer in Indonesia.

Based in Jakarta, Indren will be responsible for leading the business, and helping more customers in Indonesia achieve their goals through the company’s innovative solutions and diversified distribution channels.

Roy Gori, President and Chief Executive Officer, Manulife Asia, said: “Indren is an accomplished leader with a deep understanding of Manulife’s business in Asia. He has a proven track record of delivering results and, under his leadership, successfully grew our operations in Thailand, Vietnam and Cambodia. Indren will play a vital role in growing our operations in Indonesia, a key market for Manulife in the region.”

Prior to his new position, Indren was Regional Chief Executive Officer for Thailand, Vietnam
and Cambodia, a role he held since 2013.

Key achievements during his tenure included securing a long-term exclusive bancassurance deal with Saigon Commercial Bank in Vietnam last year, establishing multiple banks partnerships in Cambodia since Manulife began operations there in 2012 and successfully setting up a representative office in Myanmar in 2014.

Naidoo added: “With a rapidly growing middle class and a low insurance penetration rate in the world’s fourth most populous country, there are huge opportunities for Manulife to help Indonesian families achieve their dreams and aspirations.”

“It’s an exciting time to be leading Manulife Indonesia, and I am looking forward to making it easy for customers to do business with us. We will continue to launch innovative new solutions and further develop our digital capabilities.”

Before joining Manulife in 2009, Indren worked as Chief Financial Officer for major multinational life insurance companies in Asia. An Australian citizen, Indren also spent over 12 years with ANZ Banking Group in Australia, where he worked in corporate and retail banking. – BusinessNewsAsia.com