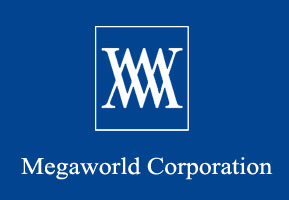 The company’s sustained earnings growth continues to be driven by its aggressive focus on township developments not only in Metro Manila but also in the provinces.

“The government’s thrust to expand economic opportunities to the regions is parallel to Megaworld’s direction in expanding its developments outside of Metro Manila where the company is already strong. The beauty behind our diversification story is that it is intrinsically part of our drive towards nation building— we bring growth where we are headed,” says Francis Canuto, treasurer, Megaworld.

Megaworld’s stellar performance in its rental business, which includes offices, malls and commercial centers, remained to be the primary contributor to the sharp growth in the first half earnings.

Megaworld earlier announced that it is mapping out the so-called ‘Visayas BPO Triangle’ by strengthening its office developments in the key cities of Iloilo, Cebu, and Bacolod where the company is presently building its townships in the Visayas.

By 2020, Megaworld will open eight new office towers in Iloilo Business Park, The Mactan Newtown and The Upper East in Bacolod to reach its around 200,000 square meters of office spaces in the Visayas BPO Triangle, generating around 50,000 direct jobs in the BPO sector.

“Creating the Visayas BPO Triangle allows us to streamline our growth strategy in our rental portfolio. We see a sharp demand for office spaces from the BPO sector in these three Visayan cities in the next three to five years as more graduates become part of the local workforce,” explains Canuto.

Meanwhile, consolidated core revenues of the Megaworld Group, which includes subsidiary brands Global-Estate Resorts, Inc. (GERI), Empire East Land Holdings, Inc. and Suntrust Properties, Inc., amounted to P23.03-billion for the first half of 2016, up 5% from P22.01-billion during the same period in 2015.