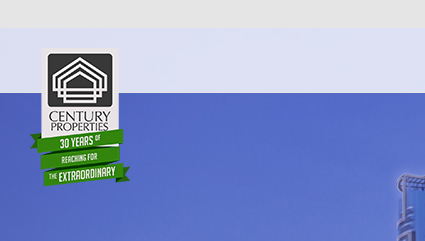 Philippine-listed real estate developer Century Properties Group, Inc. (PSE:CPG) has announced the launch of the Philippines’ first home market category, which will unveil its brand name and product offerings in the second quarter of 2017.

“The launch of this new segment effectively expands the company’s portfolio of residential offerings, from luxury and mid-priced condominiums in the business districts and city centres to competitively-priced first homes within boom towns outside of Metro Manila, while maintaining Century’s tradition of quality, innovation, and unique customer experience across all market segments,” said Marco R. Antonio, CPG’s Chief Operating Officer and Managing Director for the company’s first home unit.

The announcement comes after CPG sealed a partnership with the global business enterprise Mitsubishi Corporation in November 2016 to develop a series of housing projects, starting off with approximately 2,877 homes in a 26-hectare community in Tanza, Cavite.

Antonio added that this new product line will cater to the underserved end-user market of first-time homebuyers, who are still familiarizing themselves in purchasing property but are already planning to move out of rented apartments or their parents’ houses in their search for a legacy home for their young families.

“This new division of Century answers the dreams, needs and aspirations of first-time homebuyers through a complete housing package that go beyond the essential propositions of a good location, convenience and attainable price points,” he stressed.

“Century’s first home unit democratizes home ownership and makes it available to a wider set of Filipinos who aspire for an enhanced quality of life. As this is their first experience to acquire a home, we will simplify the process and make each step convenient for them,” he said.

With a starting price of Php1.1 million and a monthly amortization of approximately Php9,000 a month, the homes are truly a first of its kind in the market, Antonio said. “This unbeatable value at this price point will make first home buyers proud to own and live in a Century home,” he added.

CPG has identified the first homebuyer market as one of the two allied real estate segments for its business expansion, with the other being leisure and tourism.

The move seeks to address the strong housing demand in the segment of the expanding middle class, which is highly driven by the surge of remittances from overseas Filipinos, BPO industry growth and shift towards smaller households due to rising incomes.

The updated housing needs from the Housing and Urban Development Council (HUDCC) are now estimated at 5.56 million units for 2011 to 2016, including backlogs from previous years.

READ ALSO: Cebu Landmasters To Invest US$241 Million in 2017 Expansion

In terms of locations, CPG’s first home unit has identified the growth areas of CALABARZON and Central Luzon, where an estimated 33 percent of overseas Filipino employees come from. CALABARZON (Region IV-A) represents the provinces of Cavite, Laguna, Batangas, Rizal, and Quezon.

Tanza, Cavite, a first-class municipality also comes high in the list of ideal home locations for its rapid urban growth and the existence of industrial and key commercial establishments, including its proximity to the Cavite Export Processing Zone. – BusinessNewsAsia.com