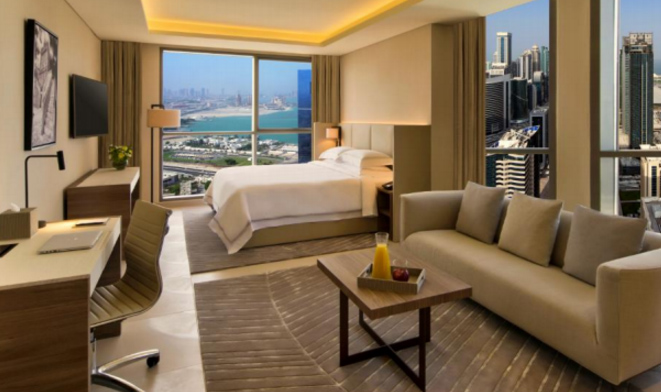 Frasers Hospitality Group, a division of Frasers Centrepoint Limited, is opening eight new properties in the Middle East and Africa as part of its strategy to expand its global presence, the company announced today.

The new properties will increase Frasers Hospitality Group’s global footprint to more than 1,500 units across both regions.

The recent launch of Fraser Suites West Bay, Doha marks the first of eight properties to open, making it the group’s second operating property in Qatar and the fifth in the Middle East.

The properties have also been individually awarded as Leading Serviced Apartments within the region.

Tapping into the region’s business and tourism growth, Frasers Hospitality Group will also enter the Saudi Arabian market for the first time with properties in Jeddah, Khobar and Riyadh.

The government’s plans to develop tourist attractions and improve visa issuance for visitors to Saudi Arabia is forecast to boost tourism. Inbound tourism is currently projected to grow 6.1% per annum by 2020.

Visitors from the leisure and the business sectors to Jeddah are projected to increase with the expansion of Jeddah King Abdulaziz International Airport and the development of Jeddah Economic City.

The Middle East has emerged as a key business hub, attracting major events and investments such as the World Expo 2020 where 25 million visits are expected, boosting inbound tourism figures.

The Meetings, Incentives, Conferencing, and Exhibitions (MICE) sector has been witnessing steady growth in recent years , opening opportunities for hospitality companies to cater to the rise in business travel.

Openings in Nigeria and the Republic of Congo will mark Frasers Hospitality Group’s first entry into Africa. According to the International Monetary Fund (IMF), Sub-Saharan Africa remains a region of immense economic potential.

The World Bank has forecast economic growth in the region to rebound to 2.9 percent in 2017, and rise above 3.5 percent by 2018. Given its growth potential, the continent is a key focus of the group’s global growth strategy.

“The Middle East and Africa are significant growth markets in our global expansion plans. As the regions continue to emerge as business hubs, our properties in key cities will be well positioned to cater to the needs of travelers,” said Choe Peng Sum, CEO of Frasers Hospitality Group.

Fraser Suites West Bay is nestled in the heart of Doha. The 396-unit property will attract both long- and short-term stay executives as well as families relocating to Doha.

All apartments are designed by Italian interiors company, Molteni & C, and have separate living and dining areas, enhanced by modern and fully equipped kitchens.

Frasers Hospitality’s global portfolio, including those in the pipeline, stands at 140 properties in more than 80 cities with 23,400 keys worldwide. – BusinessNewsAsia.com

Lotto Results Paul McKinsley - January 27, 2021
MANILA, Philippines - Do you have the tickets for 3D Swertre Lotto? The Philippine Charity Sweepstakes Office (PCSO) is set to release the 3D...