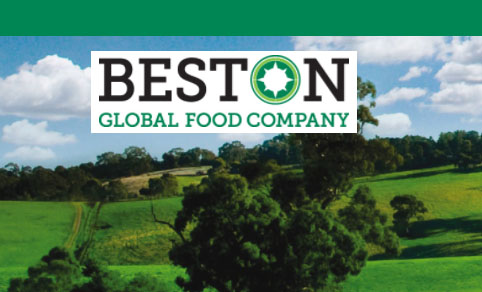 AUSTRALIA: Beston Global Food Company Limited (ASX:BFC) has announced that it has secured its first order for cheese from the large Vietnam supermarket group, MM Mega Market and has signed a “Framework Agreement” for the on-going supply of products to MM Mega.

The initial purchase order is for three flavours of BFC’s proprietary Kyubu cheese, to be stocked in 15 MM Mega stores across Vietnam. The first container of Kyubu has been supplied by BFC and has now been placed on the shelves in these MM Mega stores.

MM Mega was formerly known as Metro Cash and Carry and started operations in Vietnam in 2002.

READ ALSO: Melbourne IT to Acquire WME Group for $39 Million

The business was part of the German Metro/Macro Group and was acquired by Thailand’s TCC Holding Co. Ltd in January 2016. It changed its trading name to MM Mega Market Vietnam in January 2017 and currently generates sales of over AUD 700 million annually.

The new owners of MM Mega have stated that they intend to intensify the control of food safety and hygiene and work with food companies that have safe supply chains.

The Chief Executive of BFC, Mr Sean Ebert, said that BFC is well placed, with its closed loop supply chain, its focus on producing clean, green, premium food and beverage products, and its unique OZIRIS track-and-trace technologies to meet the food safety requirements of MM Mega and become a long-term supplier to its stores across Vietnam.

“MM Mega is currently evaluating other BFC food and beverage products which we expect will lead to further purchase orders in due course,” he said.

Ebert noted that the process of gaining product registrations and regulatory approvals
in ASEAN countries can involve quite long periods of time, typically six to twelve months.

“This is because the products must first gain the approval of the Country’s health, customs and quarantine authorities, after which products must then meet the ingredient evaluation, sample trialling, and buyer endorsement procedures of the wholesale customer,” he said.

“Over the past twelve months, BFC has worked through these various approval processes and has established a beachhead in Vietnam from which we anticipate that other distribution and product placement arrangements will flow,” Ebert said.

Vietnam has a population of more than 90 million people and since 1986, has consistently experienced one of the highest economic growth rates in the world. BFC operates in Vietnam from its office based in Ho Chi Minh.

The revenue and profit impact of the purchase orders from MM Mega are expected to largely appear in the 2017-18 financial year and beyond, given the timing of the orders. – BusinessNewsAsia.com