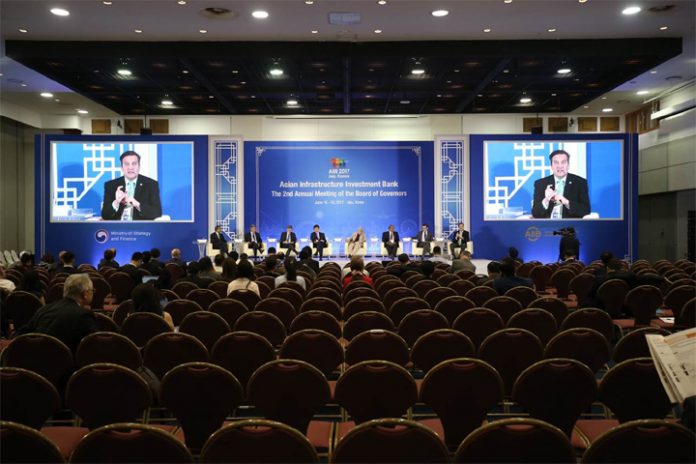 The third annual meeting of the China-led Asian Infrastructure Investment Bank (AIIB) in 2018 will be held in Mumbai, India.

This was the decision of the AIIB’s board of governors following the successful second meeting hosted by South Korea in the southern resort island of Jeju.

“It’s fitting that we bring the meeting to India next year, where we can deeply engage with local business and draw on the infrastructure expertise that India can offer.”

India is the Bank’s second largest shareholder and is becoming an increasingly important geography for AIIB investments.

Indian Finance Minister Arun Jaitley welcomed the decision to hold the AIIB meeting in Mumbai in June 2018, saying his country would be honored to host the third event.

“We are honored to become the host country for the third AIIB Annual Meeting. We look forward to welcoming you all to Mumbai next year and making the 2018 event a great success,” Jaitley said.

During the meeting in Jeju, a panel of experts attending the AIIB said multilateral development banks (MDBs) can support the infrastructure buildout in Asia.

The experts said MDBs play a critical role in de-risking infrastructure projects by transitioning them from purely public-led schemes to more leveraged ones.

However, Joachim Von Amsberg, vice president of policy and strategy at the AIIB, said MDBs cannot be a substitute for government.

Governments need to be the institutions driving the infrastructure buildout in the region.

The Asian Development Bank earlier said Asia has an estimated US$1.7 trillion infrastructure gap if it continues to develop at current growth rates. – BusinessNewsAsia.com