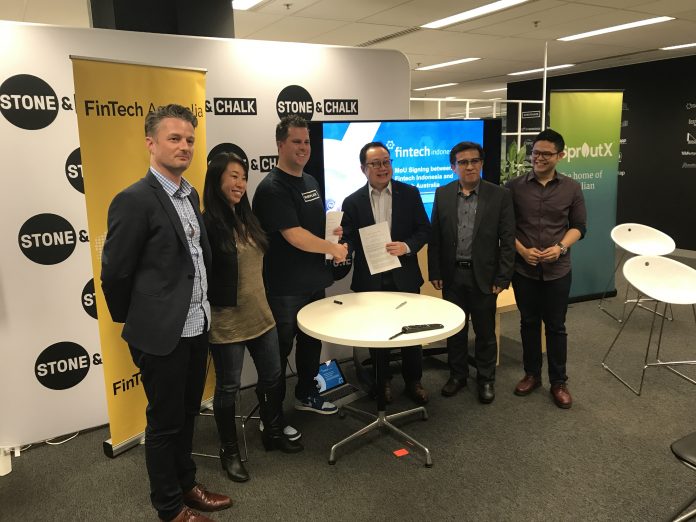 The peak financial technology (fintech) industry bodies in Indonesia and Australia have signed a landmark agreement to help drive exchanges of talent and expertise between the two growing fintech markets.

Signed in December, the memorandum of understanding between FinTech Australia and FinTech Indonesia is regarded as an important step to drive the mutual development and growth of fintech industries across both jurisdictions.

The agreement was witnessed by Fithri Hadi, the Director of Financial Innovation from Indonesian Financial Service Authority (OJK) and Dan Thomas, Vice Chair of the Australian Department of Foreign Affairs and Trade.

The agreement provides a platform to facilitate cross-border exchanges of talent, technology and capital and fintech company market entries into both countries.

In particular, the agreement commits both parties to work towards establishing:

“The signing of this agreement is an exciting event which illustrates the growing fintech bonds between our two countries,” said FinTech Australia Vice Chair Stuart Stoyan.

“Australia has shown a strong commitment over the last two decades towards supporting Indonesia’s interests in promoting financial inclusion, financial system stability and a balanced approach to further cross-regional innovation.

“We are pleased to see a continuation of the strong regional dialogue between Indonesia and Australia on increased market interoperability, fintech innovation and fintech regulation.”

“Given the strong relationship between Australia and Indonesia, it is now timely for the strong co-operative relationship to extend to the fintech industry and individual firm level,” he said.

“This is particularly the case because Indonesia has a fast growing start-up and fintech ecosystem, and is looking to rapidly establish robust and secure financial infrastructure in order to better serve and include the estimated 80 million Indonesians and 49 million small businesses who are currently unbanked.”

FinTech Australia will be taking part in the Indonesia-Australia Digital Forum in Jakarta in February 2018, as the next major fintech event aimed at further cultivating Australia-Indonesia relations.

Hosted by Indonesian Minister for Communications and Informatics Rudiantara, the conference will aim to build new areas of cooperation and drive momentum in Australia’s commercial links with Indonesia’s vibrant digital economy.

In April this year, Australia’s corporate regulator, the Australian Securities and Investments Commission (ASIC), and the Financial Services Authority of Indonesia (OJK) signed a cooperation agreement to to promote greater regional engagement and innovation in financial services in their respective markets. – BusinessNewsAsia.com