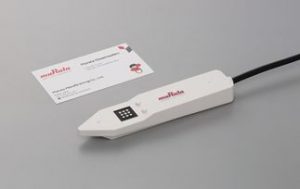 Promoting measures against salt damage in the Mekong Delta region in cooperation with Can Tho University, Vietnam

Kyoto, Japan – (ACN Newswire) – Murata Manufacturing Co., Ltd. is promoting measures to address salinity impact to agricultural land by conducting field trials utilizing a soil monitoring system that makes it possible to visualize the condition of agricultural land in the Mekong Delta*1 in collaboration with Can Tho University, a national university of Vietnam. The initiative is part of “Studies on Sustainable Soil Uses*2” (hereinafter referred to as “the Project”), based on an agreement between the governments of Japan and Vietnam to provide ODA (Official Development Assistance) in support of measures to address the problem of salinity impact to agricultural land.

1. Background of the Project

Vietnam’s Mekong Delta region is subject to salinity impact from the infiltration of seawater during the dry season as a result of a decline in the volumetric flow rate of the Mekong River and the action of the tides under the impact of climate change driven by global warming. In addition to salt damage, the environment for agriculture has become harsher than in the past due the increasing severity of droughts and floods. The Mekong Delta region contains 30% of Vietnam’s farmland and accounts for the majority of its domestic food production, and the damage, which is estimated to run into billions to tens of billions of yen, has become a serious problem.

Murata has been conducting the Project since 2017 in collaboration with Can Tho University, which possesses deep knowledge of agricultural and environmental research in the Mekong Delta. The Company is using compact sensor units that draw on its know-how and expertise in the fields of electronic components, circuit design and software design to measure the condition of agricultural land and channel water with high precision. Combining these observations with independently developed monitoring tools, we can visualize and analyze the environmental conditions with a view. It contributes to the implementation of IT in agriculture in the Mekong Delta region by preventing salt damage to rice paddies and orchards, ameliorating salt and sulfur contamination of agricultural land and water channels, and creating a mechanism to comprehensively manage fertilizers, crops and irrigation systems.

2. Features of the Soil Monitoring System

The wireless transmitter-receiver system consists of a gateway, a router and several sensor nodes. Each sensor node is made up of a transmitter*3 and three sensor units to measure the soil, field and channel water quality, and the sensing data is accumulated in the cloud.

The main features are as follows.
– A compact approximately 13cm sensor unit equipped with three sensors for measuring two types of electrical conductivity*4, temperature and moisture content
– High-precision analysis of conditions utilizing a sensor incorporating a uniquely shaped sensor element and a proprietary algorithm
– Over a year of continuous operation on three size AA batteries
– IP68*5 dust and water resistance and reliable rustproofing enabling prolonged use in harsh environments

The Project began with a three-year plan from 2017 utilizing know-how developed in the restoration of agricultural land based on monitoring of the salt content condition of farmland damaged by the tsunami triggered by the Great East Japan Earthquake of 2011. In addition to Soc Trang and Ca Mau Province, where the monitoring system was initially introduced, in October 2018 we deployed the system in other four locations in Ben Tre and Kien Giang province. Through joint researches with many research institutions, Murata will continue to make efforts to realize global SDGs*6 by utilizing its unique sensing and wireless technologies.

4. Installation in the Mekong Delta

*1 The delta region of the lower reaches of the Mekong River including southeastern Cambodia
*2 An initiative for improving the fertility and quality of soil for crop production on alluvial soils, acid sulfate soils and saline-affected soils in the Mekong Delta of Vietnam. It is also aimed at improving profitability and realizing sustainable agriculture capable of adapting to climate change.
*3 A device used to generate and transmit electromagnetic waves carrying messages or signals
*4 Indicates the ability of a material to conduct electricity
*5 The highest level of dustproof and waterproof performance among the protection grades for the exterior surfaces of electronic devices
*6 Sustainable Development Goals: International goals from 2016 to 2030 adopted at the United Nations Summit of September 2015

Murata Manufacturing Co., Ltd. is a global comprehensive electronic component manufacturer that develops, produces and sells a wide range of ceramic-based electronic components. The Company is contributing to the development of the electronics society by creating original products through the use of its independently developed and accumulated materials development, process development, product design and production technology supported by its technological base including software, analysis and evaluation. Please see the following page for details. www.murata.com/ja-jp