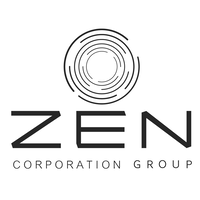 BANGKOK – (ACN Newswire) – ZEN Corporation Group Plc., or ZEN, has fixed its IPO price at 13 baht per share, the highest price surveyed during the book building process, following a good response from institutional investors. ZEN has appointed Kasikorn Securities as its underwriter, with SCB Securities Co., Ltd., Finansia Syrus Securities Pcl., KGI Securities (Thailand) Pcl. and KTB Securities (Thailand) Pcl. as its co-underwriters. Preparations are being made for investor subscription on 7, 8 and 11 February. ZEN shares are expected to see their first day of trading on the SET on 20 February.

Mr. Pongsak Phrukpaisal, Managing Director of Kasikorn Securities Pcl., in his capacity as financial adviser and underwriter, said that Kasikorn had surveyed demands for ZEN’s IPO during the book building on 4-5 February. It found good response from institutional investors who wanted subscription at the highest price of 13 baht per share and demand far exceeds the number of shares being allocated. This reflects confidence in the business fundamentals and future growth potentials of the group which is why the IPO price was set at 13 baht per share, the highest price surveyed during the book building.

At present, ZEN has a registered capital of 300 million baht divided into 300 common shares at a par value of one baht per share. The registered capital is composed of 225 million baht in paid-up capital and the group will offer to sell 75 million IPO shares, or no more than 25% of all issued and paid-up common shares of the company after this IPO. The fund raised will be used to expand the business of the group – including expansion and improvement of restaurant branches, repayment of loans from commercial banks, and used as working capital in the operation.

Mr. Boonyong Tansakul, Chief Executive Officer of ZEN, said the group aims to step up as the leader in the country’s food service business and the corporate vision is to become the leader in the food business that has the confidence of customers, business partners and all other concerned parties. The group plans to expand its business through a concerted effort to improve its restaurants, franchise and other related businesses after having invested in the management system within the organisation to support business expansion.

In 2019, the group plans to expand 123 restaurant branches, divided into branches with original designs and those with new styles but are smaller (about 100 square metres in area). Of these 36 will be owned and operated by ZEN and 87 will be franchise operations. In 2020, the group plans to expand 225 branches, both original and new designs, with ZEN operating 50 branches and 175 will be franchise branches.

As of 31 December 2018, the group has 255 restaurant branches under its brands, both in Thailand and abroad. Of these, 167 branches are Thai restaurants and 88 branches are Japanese restaurants. The group owns and operates 110 of these branches and the other 145 operate under franchises.

“We have the strength of being a complete provider of food services. We have a food business with a variety of brands that can respond to consumers with low, medium and high purchasing powers. We have a franchise business to help the group expand its branches widely and we also have other related businesses that make us different and give strength to our operations,” Mr. Boonyong said.