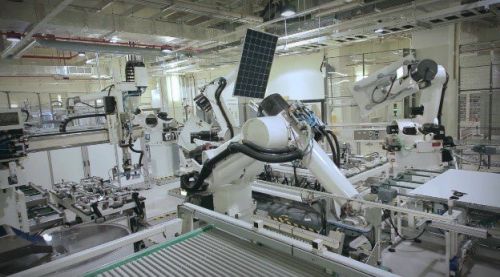 In the claim against REC Group, Hanwha did not provide full particulars of their allegations despite REC Group’s requests for the same and went ahead to commence proceedings in the Federal Court of Australia. Based on REC Group’s preliminary analysis of Hanwha’s complaints and the asserted patent, REC Group is confident that it does not infringe Hanwha’s patent, and will vigorously defend itself, its award-winning products, its distributors, customers and partners. REC Group will take all measures to seek recourse against Hanwha, including petitioning for the invalidity of Hanwha’s alleged patent. REC Group looks forward to prevailing in court.

Together with BayWa r.e. Solar Systems and Sol Distribution, REC Group is continuously increasing its footprint in Australia, which has been one of REC’s global key markets for many years. Between 2016 and 2018, REC doubled its shipments to Australia. In 2018, the company saw an upsurge of REC-certified installers in Australia to a total of 260. REC Group is fully committed to keep on accelerating its presence in Australia and will demonstrate its newest product innovations at the Smart Energy Expo in Sydney, April 2-3.

It will be business as usual for the European solar panel brand. REC Group will continue to produce, market and provide its customers and users with high-quality products and timely delivery to fulfill its vision that every person shall benefit from clean electricity directly from the sun. As always, REC Group will keep its distributors, customers and partners fully apprised of any developments.

Founded in Norway in 1996, REC Group is a leading vertically integrated solar energy company. Through integrated manufacturing from silicon to wafers, cells, high-quality panels and extending to solar solutions, REC Group provides the world with a reliable source of clean energy. REC’s renowned product quality is supported by the lowest warranty claims rate in the industry. REC Group is a Bluestar Elkem company with headquarters in Norway and operational headquarters in Singapore. REC Group employs 2,000 people worldwide, producing 1.5 GW of solar panels annually.

PetroWind Energy Named One of Top Community Care Companies in 2020