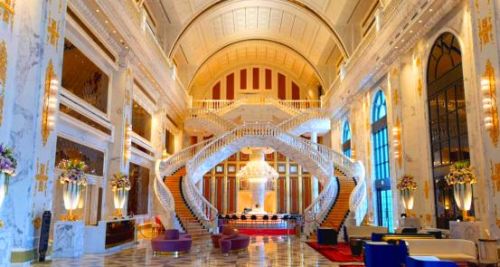 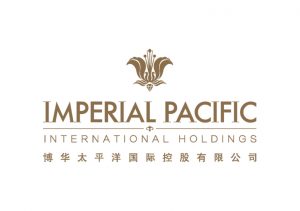 SAIPAN, N. Mariana Islands – (ACN Newswire) – Saipan, the capital of the Northern Mariana Islands, a commonwealth of the United States in the western Pacific, welcomed more than 300 investment banks and senior investors from around the world on April 15, officially opening the 2019 Saipan Business Study tour.

Under the arrangements of the Northern Mariana Government Development Bureau and the Tourism Bureau, the delegation saw Saipan’s world-famous natural attractions: its topical rain forests, beautiful white sand beaches and natural coral reefs, and experienced the world’s warmest seawater (the sea water is 28 C per year).

At the same time, the delegation also visited the largest investment project in the history of Northern Mariana, an integrated leisure and entertainment project by Imperial Pacific International Holdings Ltd, a company listed on the Main Board of the Hong Kong Stock Exchange (HKEx: 1076).

The Phase I project, the Imperial Palace – Saipan, a SuperStar Royal Hotel and deluxe hotel project, is fully capped, and some parts have been opened.

The conference brought together the global business elite: using a global economic concept, advanced modern urban construction, enhancing the unique value of Saipan, improving the economic ecology of Saipan and promoting economic development; intending to make Saipan a part of the United States, the modern island city with the fastest growth and economic value in tourism.

Opening the conference, Mr. Blas Jonathan Tenorio Attao, speaking on behalf of the Northern Mariana governor and government, said that Saipan had an excellent investment environment, superior policies and unique natural resources, cordially inviting the investors to take part in the development.

Mr. Manuel A. Sablan spoke on the current developments in Saipan, emphasizing that Saipan had many of the world’s largest natural tourist islands. Since Imperial Pacific had invested in Saipan, the island’s tourist population and economic GDP data have grown significantly. In 2016, when US GDP grew by only 1.5%, the Northern Mariana Islands economy was ‘exploding’ at a growth rate of 28.6%. It was called ‘the miracle of the ocean’ by the economic leader Bloomberg News.

Mr. Mark Brown, CEO of the current SuperStar Hotel, the Imperial Palace – Saipan, spoke subsequently. He has been in the hospitality industry for more than 40 years; he was CEO of the Trump Hotels; he also served as president of Sands, Venetian and Four Seasons hotels in Macau; and participated in the full range of construction and opening operations here in Saipan.

Mr. Brown then explained the Imperial Pacific project in Saipan. Coming to Saipan, he emphasized, was for one reason only, that was Mr. Ji Xiaobo. With his lifelong experience, and vast resources, Mr. Brown lead the world’s best team to join him, surely making the future of Imperial Pacific a new benchmark for the global industry.

Then Mr. Zhao Qiang, Special Commentator for the BWC Chinese Network, introduced the history, current situation and future development of Saipan, as well as the progress and the grand plan for Imperial Pacific’s investment projects in Saipan; Imperial Pacific as the operator of the exclusive entertainment and holiday project on Saipan, is building the world’s top island entertainment resort complex on Saipan, integrating “Macau’s unique entertainment, Hong Kong’s shopping and Sanya’s island tour” to create a new global hotspot.

Saipan integrates “island tourism, unique entertainment and a shopping paradise” and has become the most popular tourist island in the world. As the investment operator of Saipan, Imperial Pacific focuses on the development of an international high-end leisure and entertainment industry, covering the development and operation of integrated entertainment, leisure facilities, and resorts.

At the same time, it is helping to accelerate the construction of “Belt and Road”, promoting economic prosperity and regional economic cooperation, and establishing a sound and rapidly growing economic model. While the government’s superior policy will provide a safe and sustainable development system for global investors.

Imperial Pacific will drive the economic growth and industrial expansion on Saipan and create an ‘Ocean Miracle’, which will in turn bring about higher value and stronger returns for investors.