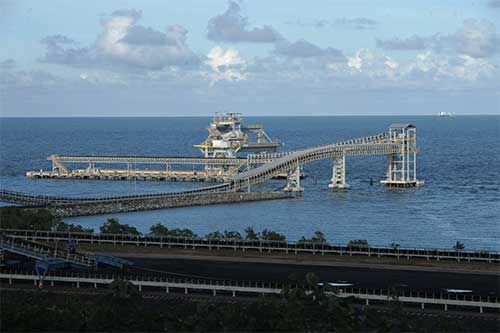 The Company managed to generate revenues of USD 16.04 million in Q1 2019. This achievement was a sharp increase from USD 0.37 in Q1 2018, as a result of the consolidated reports of our subsidiary PT Mitratama Perkasa (“MP”), previously recorded as a joint venture entity.

In line with the increase in revenue, the Company’s cost of revenue rose to USD 2.45 million from USD 0.47 million. Nonetheless, Gross Profit remained positive at USD 13.59 million, following a previous loss of USD 0.1 million.

The Company has successfully restructured loans and received new loans of USD 235 million at the end of 2018 with lower interest rates and longer repayment terms.The impact of the restructuring was a decrease in the financial expense in Q1 2019, which fell 30.6% from USD 21.99 million in Q1 2018 to USD 15.27 million.

Ray Anthony Gerungan, President Director of the Company, stated that after the Company received approval from shareholders on 16 May 2019 to collateralize existing assets, the Company will accelerate efforts to fast track new projects into development. The Company is currently carrying out feasibility studies for 9 (nine) separate projects, with the first studies expected to be completed in Q3 2019.

The Company is still evaluating the final financial assumptions, but expectations are that these projects will cost USD 2.45 billion to build, with potential annual revenue generation of over USD 1 billion and EBITDA of USD400 million.