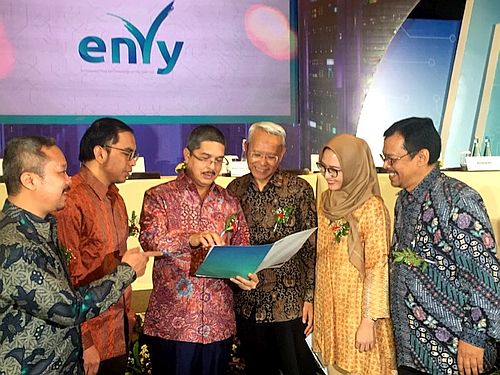 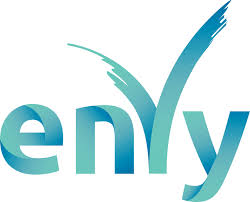 ENVY plans to register 1,800 million (1,8 billion) ordinary shares on the Main Board of the Indonesia Stock Exchange (IDX) after the IPO on behalf of the issued and fully paid capital. ENVY estimates it will raise between Rp 240 – Rp 360 billion ($17 – 25 million) in funds, with the proposed share price of around Rp 350 – Rp 475 per share.

Mohd Sopiyan bin Mohd Rashdi, Chief Executive Officer of ENVY, said his company had successfully presented its ‘mini expose’ (company IPO presentation) at the Stock Exchange on Tuesday. The Financial Services Authority (OJK) responded by opening the subscription period on June 27th, with the new shares to begin trading on the IDX Main Board on Monday, July 8th 2019.

Toto Sosiawanto, Senior Vice President of PT Erdikha Elit Sekuritas and the issue’s underwriter, said the distribution plan, after discounting IPO expenses, let ENVY use 31.40% for its system integration and information segment, 24.56% for its telecommunication and system integration segment, 2.11% for product research and development, and Rp 48 billion to draw down company debt with the remaining balance for operations, general expenses and administration.

“Our 2019 business strategy has the Company aiming at strengthening its position as a digital information security service. We foresee an exponential development in big data services and digital services for the financial sector, along with a strengthened position as partner to many companies,” Sopiyan stated.

In the System Integration and Information Segment, ENVY offers the production of a complex digital information production system service, including designing and building an application which is adjustable, and afterwards integrate it with hardware, software, and communication system. A few clientsusing the company’s service since 2009 are Cranium Ventures, Polantas, PillarTech, Inti, Dinamika Utama Jaya, Teknoglobal, Zamrud Technology, Dgensia, and Goldust.

In the Telecommunication System Integration Segment, ENVY is involved in installation of hardware in the core network, communication data system, and digital transmission system. Clients who had been trusting ENVY since 2015 include XL Axiata, Indosat Ooredoo, Telkomsel, Jabartel, and AltoBridge.