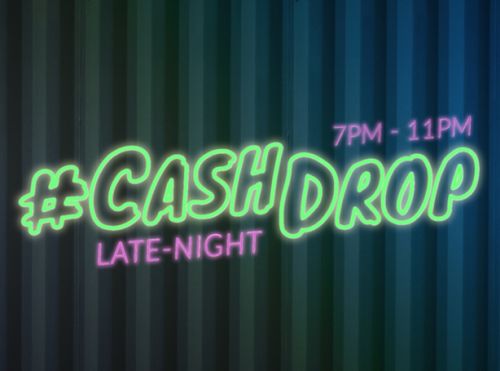 The folks behind Singapore’s viral cash hunt Hunt The Mouse have partnered Sentosa Development Corporation to bring you a first-of-its-kind, after-dark cash hunt – Late-Night #CashDrop. From 25 to 27 October 2019, a glow-in-the-dark token will be dropped at a random location on Sentosa Island every hour between 7pm and 11pm. Simply be the first to pick up the token and receive $1,000 in instant cash! To kick-off Late-Night #CashDrop at Sentosa, here’s the first hint: Tokens can be found around Fort Siloso, Siloso Beach, Imbiah Area and Palawan Beach.

To play, players simply have to visit ‘Sqkii Land‘ [www.sqkii.land], a brand new augmented reality game on their mobile phone’s web browser, turn on the location service on their mobile phones, and watch as our real-world environment transforms into a treasure hunting ground right on their screens. There is no need to download additional applications. Quick-fire hints will be released in the game every three to five minutes until the coin is found. Whether the players are participating solo or in a group, a sweet bounty awaits the treasure hunter.

Kenny Choy, co-founder of Sqkii, shared, “Late-Night #CashDrop at Sentosa Island will be the very first after-dark cash hunt to be held in Singapore. We hope our players will enjoy the brand new experience, explore what Sentosa has to offer, and of course, find the tokens for the hourly cash drop of SGD1,000!”

“Over the last three years, Hunt The Mouse and Sqkii’s treasure hunting games have brought people and families together, building communities together both online and offline. Many players have shared that the best part of the game, in addition to finding the cash, are the new friendships formed during the hunt and the camaraderie in moving towards a common goal,” he added.