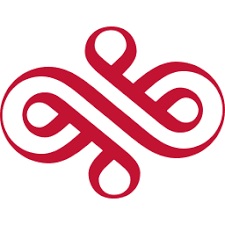 Founded in 1972, Ruyi Group is now a leader in China’s textile and apparel industry and a fully-integrated enterprise with a portfolio of world-renowned accessible luxury brands. The Group tops its peers in China’s textile and apparel industry in terms of overall competitiveness and has established an extensive presence in the US, Europe and Northern Asia. Currently, the Group owns four publicly-listed companies, including SMCP listed in France, Renown Incorporated listed in Japan, Trinity Group listed in Hong Kong and A-share listed company Ruyi Woolen Garment Group. Ruyi Group has further strengthened its advanced textiles business early this year through the acquisition of world’s leading spandex brand LYCRA, The acquisition completed Ruyi Group’s fiber value chain and strengthened its position as a top fiber and textile apparel group. As an industry leader, Ruyi Group has been dedicated to enhancing overall integration of the business value-chain as well as optimising asset and capital allocation.

Established in Jining, Shandong, Jining City Urban Construction Investment is a state-owned enterprise directly managed by the State-owned Assets Supervision and Administration Commission of Jining. The capital contribution into Ruyi Gorup has undoubtedly represented an endorsement by the local government, demonstrating its confidence in the future prospects and its recognition of the value of Ruyi Group. Yafu QIU, Chairman of Ruyi Group, said, “Amidst current macroeconomic conditions, the cooperation between state-owned enterprises and privately-owned companies is becoming increasingly important to the market, with the aim to achieve mutual benefits, enhance overall functionality and efficiency of the economy and optimise allocation of capital. Ruyi Group has developed from a domestic textile enterprise into a global fashion group driven by technological advancement and fashion brand retail business with a well-established industry ecosystem. We are very delighted to have the support and affirmation from the government. As an outstanding industry leader, Ruyi Group is confident to continue to integrate global resources and optimise its capital structure in a bid to achieve sustainable, stable and healthy business growth”.

About Ruyi Group
Ruyi Group tops its peers in China’s textile and apparel industry in terms of overall competitiveness and it is also a world-famous brand holding group focusing on the accessible luxury segment. Since its founding in 1972, Ruyi Group has committed to building a textile and apparel industrial chain guided by its “high-end, scientific, brand-oriented, and internationalization” strategy. Currently, the Group leads the world in fabric technology and intelligent manufacturing and owns the most comprehensive textile and apparel industrial chain in the global accessible luxury product segment. In recent years, Ruyi Group has, through acquisitions followed by successful integration of the resources acquired, brought under its name more than 30 international fashion brands from France, the UK, Japan, etc., such as Sandro, Maje, Claudie Pierlot, Aquascutum, Cerruti1881, Gieves & Hawkes, Kent & Curwen, Durban, etc.

The Group also owns listed companies including Euronext Paris-listed SMCP, Trinity Group listed in Hong Kong, Renown Incorporated listed on the main board of Tokyo Stock Exchange and A-share listed company Ruyi Woolen Garment Group. To date, the Group has over 6,000 shops operating in over 80 countries and regions, with over 50,000 employees globally, making it one of the most influential Chinese companies in the global fashion world.