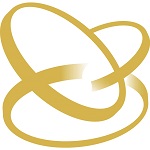 The People’s Bank of China (PBOC) has officially announced 2020 gold and silver commemorative coins for the Year of the Rat, which starts on Jan 25, 2020 and lasts until Feb 11, 2021, when the Year of the Ox begins. A coin issuing ceremony was held at the Palace Museum in Beijing on Nov 18, while the coins were displayed on the NASDAQ screen in Times Square, New York on Dec 4th.

The Rat (‘Gengzi’) is the first in the 12-year cycle of animals which appear in the Chinese zodiac and the Chinese lunar calendar. In traditional zodiac, an important part of Chinese traditional culture, the rat represents cleverness, intelligence and wealth. The first Chinese zodiac commemorative coins were issued in 1981, they have been collected by millions of fans since.

The coins have the national emblem of the People’s Republic of China on the front, with country name and year, while there are two kinds of patterns on the back: one adopts Chinese folk mouse shapes, and publishes denominations and ‘Gengzi’; the other uses Chinese folk traditional decorative rat shapes, lined with auspicious patterns (partial color), the denomination and ‘Gengzi’.

The purity of commemorative coins is as high as 99.9%, with maximum circulation of 18 (100,000 yuan) to 200,000 (10 yuan). With their exquisite design and deep cultural significance, the gold and silver commemorative coins of the Chinese Year of the Rat have inspired the interest of westerners in Chinese zodiac and coin culture, and may just set off a worldwide investment and collection craze.