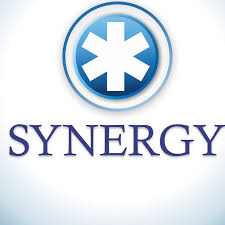 There is an immediate need for alternative treatments to combat the spread of Herpes type 1 & 2 strains. The United States alone reports over 750,000 new cases of herpes infections every year. Alarming figures especially when coupled with the increased risk for pregnant women, newborn babies and with the incidence of herpes encephalitis on the rise. Existing options include antivirals that have been approved for clinical administration and a limited number of nucleoside analogues.

A recent study by Synergy Pharmaceuticals (www.synergy-pharmaceuticals.com) in association with ACU may set a new stream of thought on the topic by bringing back traditional medicine as an opportunity to make a difference. Their study served to investigate a relatively novel approach to breaking down the herpes viral envelope by employing specific T Cells generated through a particular Amino Acid formula.

The aim of this study was to explore alternative substitutes to treat herpes simplex virus infection and prevent viral reproduction where conventional medications had previously failed. Testing was performed using 5CC with immunotherapeutic features to be able to neutralize herpes viral activity inside the human body. For the first time, this study highlighted the combinations capacity to act by preventing cell-to-cell infection to suppress the activity of the virus.

The study also focused on the immune-inhibiting properties of the 5CC which indicated cell membrane breakdown and eradication. A randomized, investigator-blinded method was performed on patients with a moderate to high positive concentration of herpes serum antibodies. A longitudinal approach was adopted over 6 months, where participants’ infection rates were measured at various points during the treatment. Antiviral activity of the 5CC against HSV-1 and HSV-2 was tested on RC-37 cells in vitro using a plaque reduction assay.

The study was able to validate that for some participants there was a noted progression from a positive antibody serology to a negative one. This was the first time evidence has documented a cure for the herpes simplex virus.

This research shows considerable scope, particularly in the natural approach to viral infection treatment options, while it is the first study that has documented herpes serum antibody results that confirmed a positive to negative transition for participants. The results validated the earlier aims that 5CC provides far greater elimination in viral cell breakdown than any other conventional antiviral medication or vaccine thus far. Indicators of the 5CC found that the combination exhibited high levels of virucidal activity against HSV-1 and HSV-2 in viral suspension. These results suggest that the 5CC are strong alternative candidates for treating herpes simplex.

Follow up investigations have demonstrated further promising results, still utilising the same 5CC from the study. In light of this research and the current demands for a more natural approach, Synergy has seen expansion across the Australian, American and Asian markets. Further avenues into Europe appear to be stagnant however due to limitations on the accessibility of imported natural medicine, a situation which may serve to highlight the drastic shortcomings in the over-regulation of health and supplements.

While this appears to be the first and only successful cure for the herpes virus the researchers went on to reflect; there is however, no immunity for sufferers once clear of the herpes virus, potentially leaving the door open to reinfection later if the individual is not careful. This study though may well pave the way for a departure from the standard antiviral pharmaceutical mentality, which has dominated medical profession culture on the treatment options for viral disease for so many years.