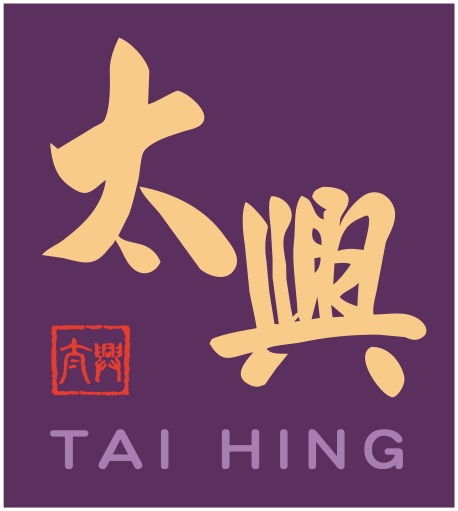 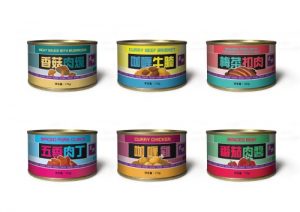 Tai Hing Group Holdings Limited (“Tai Hing” or the “Group”; stock code: 6811), a multi-brand casual dining restaurant group with roots in Hong Kong and a network of more than 200 restaurants in Hong Kong, Mainland China, Macau, and Taiwan, has just announced its annual results for the year ended 31 December 2019 (the “Review Year” or the “FY2019”).

During the Review Year, the Group’s revenue recorded a year-on-year increase of 4.0% to HK$3,252.3 million (FY2018: HK$3,126.1 million). This increase was primarily due to the rising revenue generated from the restaurant operation in its major markets, along with the steady performance from both the signature “Tai Hing” brand, and younger brands within the portfolio, in particular “Men Wah Bing Teng”, and “Pho Le”.

To share the Group’s success with shareholders, the Board has resolved to propose a final dividend of HK1.80 cents per ordinary share for the year ended 31 December 2019. Together with an interim dividend paid during the year, total dividend will amount to HK5.04 cents, representing a dividend payout ratio of 65.3%.

Business review
As at 31 December 2019, the Group has a network of 205 restaurants spanning across Hong Kong, Mainland China, Macau and Taiwan, under eleven casual dining brands.

The flagship brand “Tai Hing” remains the key revenue generator of the Group. During the Review Year, Tai Hing restaurants generated HK$1,931.8 million in revenue and accounted for 59.4% of the Group’s total revenue. A major milestone for the brand during the Year is the Group’s opening its first “Tai Hing” restaurant in Taiwan in May 2019, to an overwhelmingly favourable market response.

The “Men Wah Bing Teng” restaurant chain was warmly welcomed by the market, resulting in a significant 148.6% year-on-year rise in revenue to HK$299.5 million. The restaurant chain also achieved satisfactory same-store sales growth of 3.2% and an outstanding seat turnover rate of 15. Since the first “Men Wah Bing Teng” was opened in Guangzhou in July 2019, two more restaurants have been opened in Mainland China, which has significantly strengthened the brand’s presence in the country. To maintain its outstanding performance, the Group will further promote “Men Wah Bing Teng” in the Greater Bay Area, as well as other high potential markets.

The Group’s other subsidiary brands have also performed favourably during the Review Year. Among them, “TeaWood” continued to deliver considerable revenue amounting to HK$521.5 million, accounting for 16.0% of the total revenue and remained as the Group’s second largest revenue contributor. “Pho Le” recorded a 43.9% year-on-year rise in revenue to HK$138.4 million, benefiting in part from the introduction of an expanded menu. As for the “Trusty Congee King” brand, revenue from the operation increased by 12.8% year-on-year to HK$235.5 million and the Group opened one and two stores in Hong Kong and Mainland China, respectively, during the Review Year.

Indicative of the Group’s desire to continuously enhance its offerings to customers through its multi-brand strategy, three new sub-brands were launched during the Review Year. In January, it opened the first Taiwanese hotpot restaurant under the “Hot Pot Couple” brand in Mongkok. This was followed by the launch of the classy “cha-chaan-teng” brand- “King Fong Bing Teng” at Elements, Tsim Sha Tsui in October. By December, “Asam Chicken Rice” brand outlet offering Southeast Asian delights was introduced in Central.

Prospects
Looking ahead to 2020, the outbreak of the COVID-19 epidemic is expected to affect both Hong Kong and Mainland China economies to varying degrees. To mitigate the headwinds, the Group has implemented certain business strategies with new initiatives to drive sales.

Among them, the Group will launch six new canned food products in the second quarter of 2020, with flavours including stir-fried pork with vegetables, curry beef brisket, minced beef, braised pork, curry chicken, spiced pork cubes, etc. It is believed that the new canned food products, available in both restaurants under the Tai Hing Group as well as selected online platforms in Hong Kong and Mainland China, will help capture the growing demand of home meal and serve as a new income stream to the Group. It also intends to develop more canned food and beverage products by leveraging its Dongguan food factory. In doing so, the Group will be able to achieve the dual goals of expanding income streams and more fully utilising the factory.

On the other hand, in view of the huge business potential of the delivery business, the Group is actively co-operating with certain leading third-party food ordering platforms, both in Hong Kong and Mainland China, to increase its stake in the food delivery business. The Group’s enhanced efforts to bolster its delivery operations starting from 2019 highlight its optimism towards this business, and in particular, its ability to cater for the rise in takeout food orders driven by the COVID-19 outbreak in the first quarter of 2020. The Group is also working hand-in-hand with various food ordering platforms to raise awareness of its brands through linkage with their respective signature products, so that various distinguished brands under the Group come immediately to mind when customers want fine cuisine delivered to their home. Further driving the takeaway food business will be the Group’s “T-Factory” mobile application and the technology will also allow collection of data on customers, which in turn enables it to promptly determine the latest market trends, leading to timely adjustments to menus and marketing campaigns.

While it will take a prudent approach to network expansion in view of the current economic and geopolitical climate, the Group will continue to develop and improve its high-growth brands, including “Men Wah Bing Teng”, “Pho Le” and “Trusty Congee King” at an opportune time after the epidemic is under control. At the same time, it will also review the positioning of its mature brands to adjust strategies based on different market requirements. The Group will also explore potential partnerships in tapping the overseas markets, as well as the provision of different cuisine to meet the tastes and preferences of global customers, ultimately facilitating overseas business expansion and sustaining the growth momentum.

Mr. Chan Wing On, Chairman and Executive Director of Tai Hing, said, “Despite the current difficult operating environment backdrop for all catering enterprises, I remain confident in the Group’s long-term growth potential attributable to our solid foundation as well as our ample experience facing both good times and bad during the past three decades. With our multi-brand strategy targeting the mass market customers and our store locations mainly in neighbourhood malls where business is relatively resilient, we are confident of maintaining stable business operations amidst the current headwinds. Looking ahead, we are committed to developing an effective omnichannel business model to include food and beverage canned products and delivery service supported by our well-established restaurant network, which will allow us to facilitate long-term growth”.