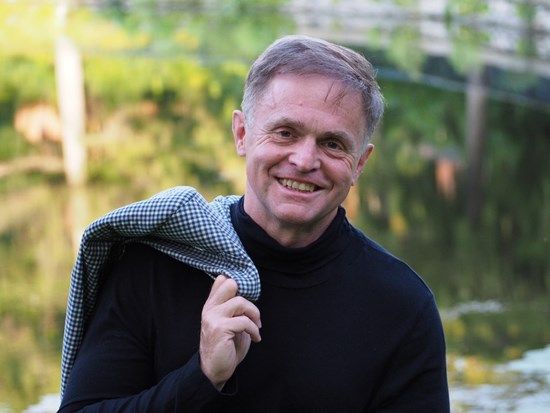 A new study shows that the entry of heated tobacco products (HTPs) triggered a remarkable reduction in combustible cigarettes sales in Japan. “The decline in smoking rates among adults in Japan is astoundingly impressive when you realize that this has only come about rapidly with the introduction of HTPs,” said Nancy Loucas, Executive Director of the Coalition of Asia-Pacific Tobacco Harm Reduction Advocates (CAPHRA).

Canadian and American researchers looked at how trends in the sale of cigarettes in Japan between 2011 and 2019 correspond to the sales of HTPs that were introduced into the Japanese market in late 2015. Using data from the Tobacco Institute of Japan and Philip Morris International (PMI), the researchers concluded that the accelerated five-fold decline in cigarette only sales in Japan since 2016 corresponds to the introduction and growth in the sales of HTPs. Cigarette sales in Japan were declining slowly and steadily before HTPs were introduced in 2015.

Entitled “What Is Accounting for the Rapid Decline in Cigarette Sales in Japan?”, the study was published on May 20, 2020 in the peer-reviewed open access scientific journal International Journal of Environmental Research and Public Health.

HTPs are smoke-free devices that heat, instead of burn, specially-designed tobacco units to release a flavorful nicotine-containing tobacco vapor. As tobacco is not burned, the levels of harmful chemicals produced by HNB products are significantly lower compared to combustible cigarette smoke. The most popular HTP brand is IQOS, a product of PMI.

Consumers’ interest and the regulatory environment shape markets, according to Professor David T. Sweanor of the Faculty of Law of University of Ottawa, one of the study’s authors. He explained that Japanese regulations precluded alternatives to combustible cigarettes, such as nicotine-containing vaping products. However, HTPs generated huge interest among smokers in Japan. “As more [smokers] adopted the alternative, they helped speed switching by others. I think this gives us an indication of just how much more rapidly countries could reduce cigarette use if there were many different low-risk alternatives available and policies and public education campaigns facilitated a widespread move away from [combustible] cigarettes.”

“We have seen the most rapid decline in cigarette sales ever witnessed in a major market. A third of the cigarette market was gone in a remarkably short period of time, and this was accomplished with a non-coercive measure. People who smoke cigarettes were simply provided with a viable alternative.”

Governments in the Asia Pacific region that seek to ban or limit the access of smokers to HTPs and other safer nicotine alternatives should look to Sweden which for decades has promoted the shift to low-risk non-combustible alternatives to cigarettes, said Prof. Sweanor. “Now we have evidence that a range of low-risk products can help us rapidly achieve the smoking rate targets of the World Health Organization’s Sustainable Development Goals. To seek to ban or limit access to such products protects the cigarette industry rather than public health.”

Commenting on the future of smokers in Asia Pacific where HTPs will soon be available, Prof. Sweanor stressed that policies should empower people to take control of their health. “Ensuring that a range of low-risk alternatives are not only on the market but have regulatory and tax advantages over cigarettes has the potential to transform public health. We have long known that people smoke for nicotine but die from the smoke. Cigarette smoking is a public health catastrophe that can be massively reduced through science and technology if policies can be oriented toward replacing rather than protecting the cigarette business.”

The publication of the new study is timely as it comes on the heels of the celebration of World Vape Day on May 30, 2020. Observed a day before World No Tobacco Day, World Vaping Day aims to raise awareness on e-cigarettes or vapes and encourage smokers who are unable to quit on their own or with currently available smoking cessation tools to switch to safer nicotine products.

“Safer nicotine products, such as e-cigarettes and heated tobacco products, are the most disruptive influence on smoking in decades. These are the innovations that have the potential to save millions of lives in the Asia Pacific region as well as globally,” added Nancy Loucas.

According to Loucas, the most popular form of safer nicotine products in northern Asia are HTPs. Like Japan, Korea has shown similar sales and uptake of HTPs, with corresponding declines in combustible tobacco use. These data show that the substitution of combustible tobacco with reduced-risk products has the potential to be a highly effective tobacco harm reduction strategy, she explained. “So, it is very disheartening that countries in Asia Pacific, like Korea and the Philippines, are looking to either ban and/or reduce access and choice of all forms of tobacco harm reduced products for their smoking citizens.”

“Japan’s success in reducing smoking prevalence through HTPs should be a wakeup call to local policymakers. Quit or die aren’t the only choices for smokers,” said Peter Paul Dator, president of The Vapers Philippines.

“Policymakers in Thailand, which has been ranked the worst country in the world to be in if you are a vaper, should listen to Prof. Sweanor. Banning or limiting access to safer nicotine products only serve to protect the cigarette industry rather than public health,” said Asa Ace Saligupta who runs the ECST.

The Coalition of Asia Pacific Tobacco Harm Reduction Advocates (CAPHRA) is an alliance of consumer organizations from Australia, Hong Kong, India, Indonesia, Malaysia, New Zealand, the Philippines, South Korea, Taiwan and Thailand that aims to educate, advocate and represent the right of adult alternative nicotine consumers to access and use of products that reduce harm from tobacco use.

Prof. David Sweanor, one of the study’s authors
“We have seen the most rapid decline in cigarette sales ever witnessed in a major market.”