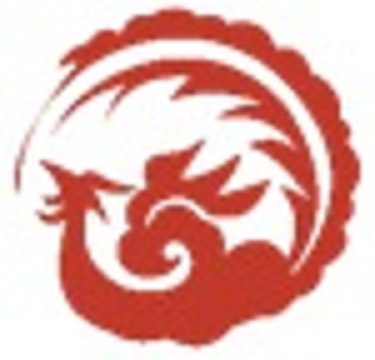 Sino-Entertainment Technology Holdings is an integrated game publisher and developer in China with a focus on publishing mobile games in the market of China. The Group is committed to bringing quality and interactive gameplay experience to game players by drawing upon its experience and expertise in the mobile game industry together with its sound understanding with the Group’s publishing partners and game players gained over the years of its operations to develop and publish high-quality and well-customised mobile games.

During the three years end 31 December 2019 (the “Track Record Period”), the Group has published over 320 third party games; and since the commencement of its mobile game development in 2015 and up to 21 June 2020, the Group has developed 22 proprietary games mainly in the RPG and casual games genres. It targets to launch five additional self-developed games in each of 2021 and 2022.

Sino-Entertainment Technology Holdings is principally engaged in mobile game publishing as well as development and sale of customised software and mobile games. The Group has covered the businesses from upstream to midstream, being as the game developer, game publisher, co-publisher and distribution channel.

As a game developer, the Group focuses on the development of RPG and casual game genres, and these self-developed games were offered for sale or published by the Group.

As a game publisher, the Group is responsible for marketing, promotion, distribution, and other user-related services.

As a distribution channel, the Group distributes third party games that the Group co-publishes, on its self-operated platform.

The Group believes that its success is attributable to the following competitive strengths:

First of all, the Group published an extensive portfolio of games and established successful partnerships with a significant number of publishers. During the Track Record Period, the Group co-published over 320 third party games including PRG, SLG, causal games and others.

With the business practice of co-publishing an extensive game portfolio of mobile games with wide coverage of game genres, the Group enjoyed the flexibility to select and focus on co-publishing third party games with relatively higher profitability and cease to publish games which do not meet its expected market reception, which in turn will diverse and mitigate its risk and generate stable revenue in its game publishing business.

Second, the Group is an integrated major mobile game publisher and developer in China.

The Group is also committed to devoting its resources to develop its self-developed games and it had developed 22 mobile games since the commencement of its mobile game development in 2015 and up to the 21 June 2020. In addition to providing publishing services to third-party publishers as co-publisher for their third party mobile games, the Group has also published two of its self-developed proprietary games, namely Hollow Storm and Princess in Distress during the Track Record Period and launched one self-developed game, namely Stratagem in the Three Kingdoms in February 2020.

Third, the Group possesses game development capabilities and talent. It believes that its experience and proficiency in identifying and targeting potential users, converting active users into paying users, and responding keenly to industry changes and user behaviour patterns help promote the Group’s game developed in-house. As at 21 June 2020, the Group development team consists of 62 employees, 15 of whom had more than five years of experience in the mobile game industry.

Mr. Sui Jiaheng, the Chairman of the Board and an Executive Director of Sino-Entertainment Technology Holdings concluded, “We are pleased to witness this significant milestone in the Group’s history. Through our listing on the Main Board of HKEx, we will tap into the international capital markets. This will not only broaden our capital and shareholder base, but will also provide us with capital to fund our expansion plan, which will finally strengthen our position in the industry and further enhance our competitive advantages, thereby driving the Group’s long-term development.”

“Looking ahead, we will be devoted to further develop and strengthen our position in the mobile game development and publishing industry in China. We will strive to capture the rapidly growing mobile game industry in China by expanding our game development capabilities and coverage and increasing the number of our self-developed games that we launch into the market. In addition, we will further strengthen our publishing capabilities by expanding our third party game portfolio and diversify our revenue sources by placing our business focus on both development and publishing of mobile games.”

The aggregate net proceeds from the Global Offering (after deducting underwriting fees and estimated expenses payable by the Group in connection with the Global Offering), assuming an Offer Price of HK$1.75 per Offer Share, being the mid-point of the indicative Offer Price range of HK$1.63 to HK$1.87 per Share, will be approximately HK$99.8 million. The Group currently intends to apply the net proceeds from the Share Offer in the following manner: