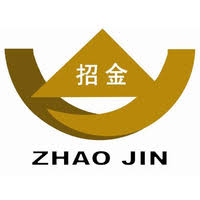 Home Mining The Return of the King: Basic and Diluted EPS of Zhaojin Mining...

Zhaojin Mining Industry Company Limited (“Zhaojin Mining” or the “Company”, stock code: 1818, together with its subsidiaries, the “Group”), a leading gold enterprise in the PRC, announced its interim results for the six months ended 30 June 2020 (the “period under review”).

Breakout of Campaign, Test and Opportunity

Since the beginning of 2020, the epidemic has brought huge challenges to production and operation and the Group itself responded actively. Especially since the second quarter, the Group adhered to the main direction of “campaign, test and opportunity”, seized the development opportunity and strived to overcome the difficulties and adopted extraordinary and super-strong measures for the challenges arising from the epidemic, and fully resumed production and achieved target production, thus proactively reversed the passive situation of the first quarter brought by the epidemic. All indicators generally showed a good momentum featured by rise after fall and general improvement, meeting three requirements of “campaign, test and opportunity”. For the first half of the year, the Group’s total output of gold amounted to 15,228.84 kg (approximately 489,618.20 ozs), among which 7,920.75 kg (approximately 254,657.83 ozs) of gold was mine-produced gold. Key businesses including Dayingezhuang Gold Mine and Zaozigou Gold Mine had obvious driving effects. Benefited from the sharp rise in the gold price and the improving scientific organization of production and management, the Group seized the best opportunity of the rising gold price, achieving an average gold sales price of RMB370.96/g, higher than the average price of RMB1.86/g on the Shanghai Stock Exchange, and its earnings before tax achieved RMB580 million, a year-on-year substantial increase of 78.79%.

For the period under review, adhering to double focus in the overall work for the year, the Group cumulatively invested RMB239 million in capital construction and technical innovation. The construction of key projects including the construction of mining and ore processing facilities of Ruihai Mining and the reconstruction and expansion of Caogoutou mining area were fully commenced and advanced in an orderly manner; the ore treatment plant expansion project of Fengningjinlong with a capacity of 2,000 tons/day was completed ahead of schedule and achieved target production and met standards. The financial sharing center was developed with full functions and was launched with a coverage rate of 97%. In the first half of the year, the Group accumulated investments of RMB17.6912 million in science and technology, and implemented a total of 14 key scientific research projects; and applied for 27 patents, and has been granted the licenses for 4 new invention patents and 30 utility novelty patents.

For the period under review, the Group strengthened policy research and judgment to seize the opportunities behind the epidemic, and obtained a low-interest loan of RMB500 million from China Development Bank, with an average financing cost of 2.57%, saving capital cost of RMB130 million. By striving for preferential policies such as social security reductions and exemptions, subsidies for employment stabilization, electricity charge reductions and exemptions and adopting powerful measures including fixing oil price, direct supply from manufacturers, and direct purchase of electricity, the Group saved costs in a total amount of more than RMB40 million. The Group thoroughly implemented national laws and regulations and related policies, conscientiously undertook its responsibilities in three aspects, i.e. production safety, environmental protection, and epidemic prevention and control. For the period under review, a total of RMB87 million was invested in safety and environmental protection, and 38.55 hectares of green areas were added, accomplishing the annual greening target ahead of schedule, which guaranteed the healthy development of enterprise ecology.

In order to improve the share liquidity, optimize the shareholding structure, revitalize the assets, and promote the maintenance and appreciation of state-owned assets, the company made full efforts to promote the full circulation of H Share in the first half of the year, and submitted the application immediately after the China Securities Regulatory Commission fully implemented the “full circulation” policy of H shares. On June 17, 2020, the company was approved by China Securities Regulatory Commission; On August 3, the Company obtained the approval from the Hong Kong Stock Exchange for listing and permitted trading; On August 10, 1,560,340,597 domestic shares were converted into H shares and were listed on the Hong Kong Stock Exchange, marking the completion of the “full circulation” of H shares.

The Pure Gold Company that Can Best Reflect the Gold Value

Looking ahead, EU leaders have agreed on a EUR750bn “recovery fund” and an EU budget for the next seven years. The fact that the United States is discussing a fourth economic rescue package, worth about $1 trillion, is a sign that central Banks around the world would like to adopt easing monetary policy. The uncertainty of the international relations situation has not been removed and the prospects of the US economic recovery are also unclear. The gold price still has the basis of the upward trend and will continue to maintain the upward trend in the long run.

As one of the most authoritative leading companies in the gold industry in China, the proportion of the company’s gold business maintains at 80% and above and the gross profit margin of the company’s gold sales maintains at above 40% all the year round, higher than the average level of the industry. The self-sufficiency rate has been maintained above 60% all year round all the time. Under the favorable environment of gold price, Zhaojin Mining will continue to seize the favorable opportunity, catch up with the market trend, seize the market opportunity, and return shareholders with more excellent performance and create greater value for all shareholders by strengthening the organization of production.

Looking into the second half of 2020, the Group will closely stick to the annual targets and missions and adhere to problem-oriented and performance-oriented. The two major campaigns, i.e. “five-optimal competition” and “tackling difficulties for achieving production and operation targets” will be further carried out throughout the Group to seize opportunities and race against time, in order to achieve progress and gain benefits. All employees will gather strength for catch-up development. In the second half of the year, the Group will seize the opportunity of a sharp rise in the gold price to further promote the expansion of production capacity of key businesses, with a view to achieving stable production and expansion and increasing benefits. At the same time, projects in terms of key capital construction and technical innovation, scientific research and innovation, and safety and environmental protection, will be sped up, striving to reach target production as soon as possible. The Group will focus on two aspects. On the one hand, it will speed up external development, broaden information channels, take the initiative and strive to achieve new breakthroughs. For the countries along the Belt and Road, the focus will be mainly on acquisition of equity interests in projects. On the other hand, it will stress geological scientific research and prospecting, continue to implement the “hope project, life-saving project, and results project”, and steadily proceed with the exploration engineering of key mines to ensure prospecting results. The Group will proceed with in-depth implementation of the excellent performance management model to meet the overall requirements of “systematic management, standard work, refined process, and digital results”.

About Zhaojin Mining Industry Company Limited
Zhaojin Mining Industry Company Limited is a leading gold production enterprise in the PRC. The Group is located in Zhaoyuan City in Shandong Province – the ‘Gold Capital’ of China, holding 10% of the country’s total gold reserves and having the longest history of gold mining in the PRC. The Group is principally engaged in the exploration, mining, ore processing, smelting and sale of gold products, and is the largest gold smelting enterprise in the PRC. The principal products of the Group include the standard Au9999 and Au9995 gold bullion of the Shanghai Gold Exchange. In addition, Zhaojin Mining also owns various gold mines throughout the northern, northwestern, southwestern areas, etc. of China. With its abundant gold resources, advanced technology and strong experience in gold product management, Zhaojin Mining should lead the Group to establish a leading position in the industry.