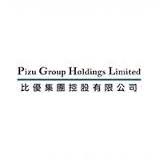 To Extend the Industrial Chain to Non-ferrous Metals,Precious Metals Mining and Development industry

Pizu Group Holdings Limited (“Pizu Group” or the “Company”, together with its subsidiaries, collectively referred as the “Group”; Stock Code: 8053.HK), which is a company mainly engaged in the production and sales of civil explosives, the relevant businesses related to blasting operation and the trade business of buck commodities, announced the details of the proposed capital injection to Anhui Jinding Mining Co., Ltd (“Jinding Mining”) through its wholly subsidiary Pizu (Shenzhen) Mining Limited (“Pizu Shenzhen”).