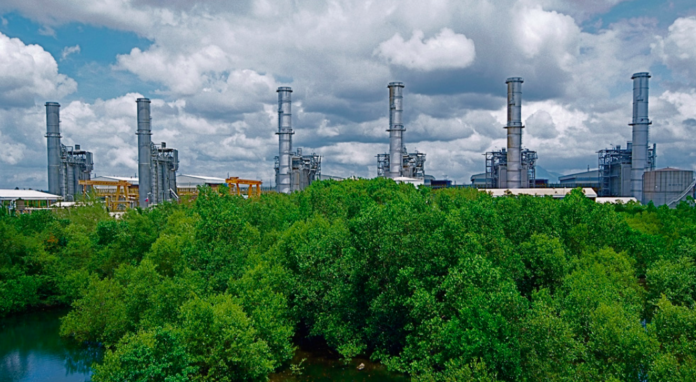 Philippine-listed First Gen Corporation announced that it has signed a Joint Cooperation Agreement with Tokyo Gas Co Ltd for the next phase of their joint development of FGEN LNG Corporation’s Interim Offshore LNG Terminal project.

The project is located at First Gen’s Clean Energy Complex in Batangas City.

With the signed agreement, the parties will now transition from the development phase under the Joint Development Agreement (JDA) which initially governed First Gen and Tokyo Gas’s relationship since December 5, 2018.

The JCA is a preliminary agreement between the parties to jointly pursue the design, development, testing, commissioning, construction, ownership and operations and maintenance of the IOT Project which consists of construction works necessary to modify the existing jetty that will enable it to become a multi-purpose jetty; and build an adjunct onshore gas receiving facility.

Once completed, the IOT Project will allow FGEN LNG to bring in a floating storage and regasification unit (FSRU) on an interim basis and thus accelerate FGEN LNG’s ability to introduce LNG to the Philippines.

The construction of the IOT Project is the subject of the Permit to Construct, Expand, Rehabilitate and Modify (PCERM) that was granted to FGEN LNG on September 25, 2020 by the Department of Energy (DOE). With the PCERM, FGEN LNG is now authorized by the DOE to construct the IOT Project.

Under the JCA, Tokyo Gas will have a 20% participating interest in the IOT Project and provide support in development, construction, operations and maintenance work to achieve a Final Investment Decision (FID). Upon reaching FID under the JCA, the parties will enter into a Definitive Agreement in respect the IOT Project.

FGEN LNG is a wholly owned subsidiary of First Gen, one of the biggest independent power producers in the country and the leading gas power generation company in the Philippines with approximately 2,000 MW in operating gas assets.

Tokyo Gas, headquartered in Tokyo, Japan, is a leading LNG player with 130 years of experience and more than 50 years of experience in the LNG business. Tokyo Gas is one of the largest purchasers of LNG in the world with an annual volume of 14 mtpa. It has over 63,000 kilometers of gas pipelines serving more than 11 million customers. – BusinessNewsAsia.com